Drew: Does bravery matter in war? Society has long honored the soldiers most willing to ride out and face their enemies, but modern technology renders that way of thinking almost obsolete. Why risk your life in hand-to-hand combat when you can shoot your enemy from a quarter mile away? Or drop a bomb on him? Or better yet, have a drone drop a bomb on him while you sit comfortably in a control room on the other side of the planet? The danger for yourself stops being physical, and starts being spiritual — under what circumstances is it moral to kill someone who poses no immediate threat to you? America has become a bit desensitized to these drone strikes, but in Uncanny X-Men 11, Brian Michael Bendis examines how would-be-victims react to murder-by-proxy.

The issue opens with the Uncanny X-Men facing down the sentinel that showed up at the end of issue 10. The new recruits handle themselves remarkably well, but this particular sentinel is equipped with some kind of adaptive AI, making it more-or-less impossible to bring down. That is, until Magneto shows up, and perforates the thing with shrapnel. Desperate to know who is behind these attacks, Scott rushes to the machine’s remains, only to see them teleported back to this masked figure.

If we’re supposed to recognize who (or what) this is, I’m afraid this surprise twist is lost on me. I’m not sure this impacts my enjoyment of the issue at all, but I’d love it if you can help me out here, Patrick (or, failing that, anyone in the comments).

Meanwhile, Mystique, still under the guise of Dazzler, is putting her S.H.I.E.L.D. recourses to good use, infiltrating Madripoor to see how Lady Hydra is reacting to her buyout attempt from All-New X-Men 13. Turns out: not so well. Lady Hydra immediately jumps to the conclusion that the Hand must have been in on Mystique’s plan, and attacks them at a meeting, only to be overwhelmed when the Hand fights back. This obviously pleases Mystique, who perhaps sees a way to seize Madripoor without her giant pile of money. I’m intrigued at the way Bendis has handed off this story from All-New X-Men, such that anyone wanting to trace Mystique’s game here has to be reading both titles.

Mostly, though, I’m interested in the main action with the sentinel. Bendis makes a point of showing that the X-Men are the good guys here, acting only in self-defense, and rushing to the aid of any innocent bystanders. That makes the treatment by the sentinel seem particularly unfair — Scott wants to reason with the thing, but it immediately jumps to a judge/jury/executioner conclusion. I realize that that’s just what sentinels do — perhaps making my comparison to drone strikes feel a bit misplaced — but the big difference to me hinges on one big buzzword:

The thought of giant killer robots designed to kill superpowered mutants can be a little abstract, but in tying this particular attack to drone strikes, Bendis is highlighting the horribleness of murdering US citizens without any semblance of a trial. I’m inclined to say that Bendis isn’t so much being political here as he is capitalizing on a controversy already on his audience’s mind, but either way, it’s a pretty effective (if a bit ballsy) gambit.

The ickiness of the attack aside, the X-Men acquit themselves quite well. They’re fighting a bit more like a cohesive team, and while many are still unsure of their powers, there are plenty of fist-pumping wins here for them. Tempus is freezing bullets in midair, Highjack is making surprise bus attacks, heck, even Gold Balls is coming in handy.

I think the biggest surprise for me was how Triage was used. Like a wizard in any D & D campaign, I figured he’d be damn helpful in helping his teammates recover from a fight. What I didn’t realize is what an effective PR tool he’d be. It’s one thing to have your team defending the innocent (where, in the chaos of battle, people might not recognize who’s on whose side), it’s quite another to have a member of your team personally walking around to heal the wounds of the innocent. It’s a lot harder to paint them as the bad guys with Jesus on their team.

Patrick, I really liked this issue, but I could see the “ripped from the headlines” drone strike stuff might feel a little cheap. If you agree that Bendis meant for us to make that connection (and I’d love to hear your thoughts on why not if you don’t), is he maybe trivializing a real moral dilemma just to add depth to his story? Also, where do you think Magneto was that whole time?

Patrick: Oh, yeah, I think the drone comparisons are dead on. And it does feel a bit like it’s a ripped-from-the-headlines story, but I think I’m less inclined to object to that than you are. X-Men comics are full of that sort of thing — last month Ethan and I were discussing they icky similarities to the Trayvon Martin shooting. I don’t think using the news as fodder for stories trivializes the real life events. In fact, the serial, episodic nature of comic books uniquely fixes them to the issues of the day – they almost have a responsibility to address current events. These will all be collected in trade at some point, but the present expressed in these pages are right now — late Summer 2013: before we’ve taken military action in Syria and after Miley Cyrus on the VMAs. As far as I can tell, X-Men comics do this with gusto. I wasn’t reading X-Men comics back in 2004, but I can bet that some of the mutants were referred to as Weapons of Mass Destruction. I’d expect nothing less.

Drew, you asked earlier in the piece if I knew who that dude was that sent the Sentinel after them. Sorry to disappoint, but I also got to that page and had that split second disappointment of not recognizing the character. The page is set up just like a dramatic reveal, but maybe it’s not the identity of the man in charge that’s supposed to unravel us. There’s a lot of information in the top half of the page which shows just how severely the deck is stacked against our heroes.

First, there’s the fact that there are several Sentinels lined up behind him, seemingly all ready to launch. But look in the upper right corner: is that an even bigger Sentinel head? Plus, there are all these monitors which display god knows what information about the X-Men. Not only did their attacker record their audio (as demonstrated by the wave patterns) but it looks to have picked up heart rates or something? Those EKG lines indicate that there’s some kind of biometric that thing is capable of reading. But there’s a really confusing line at the bottom of each screen – I think it’s measuring the amount of mutant power each hero exerts throughout the encounter – which explains why Highjack’s would grow in hills and valleys as he tries to do something worthwhile, and why Scott’s falls sharply with a single peak of activity. This might be the real link to current events: the danger of the drone-y sentinel is its ability to collect information about the mutants, and not its ability to fight them.

This issue sees the return of Frazer Irving on art duties. He doesn’t draw the whole issue – it looks like the S.H.I.E.L.D. and Madripoor sections of the issue are penciled by Kris Anka. We were introduced to Frazer’s ghastly worlds during the X-Men in Limbo storyline of this series, and his bleak, haunting visuals fit the hopeless central conflict of this issue perfectly. However, these four pages in the middle are a tonal anomaly – Director Hill even lands a good joke about not having a base in small-town Michigan. Thankfully, Anka is a much simpler, lighter artist than Frazer and not a panel seems out of character. Further, Frazer seems to have done either the inking or the color work on Anka’s pages. It makes for a surprisingly cohesive package that still strikes two distinct visual tones in the same issue. 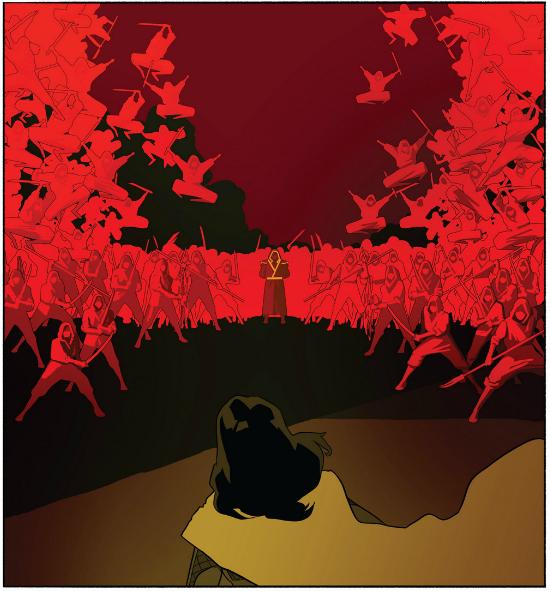 Okay, speculation time: this is the last issue we’re going to get before the Battle of the Atom. In fact, by the time we post this, Battle of the Atom 1 and All-New X-Men 16 will be sitting on the shelves of your favorite mom ‘n’ pop comic shops. If you haven’t been paying attention to the solicits (and if you’d like to stay unspoiled, this is your chance to bail to the comment section), the event involves future versions of the X-Men coming back to the present to try to convince the Original X-Men to return to the past. Any chance that the dude in the big green space helmet is Even Older, Eviler Scott?

For a complete list of what we’re reading, head on over to our Pull List page.  Whenever possible, buy your comics from your local mom and pop comic bookstore.  If you want to rock digital copies, head on over to comixology and download issues there.  There’s no need to pirate, right?