From lines at conventions to the internet petitions every time an assignment changes, its clear comic fans put a lot of stock in who writes and draws their comics, often to the exclusion of the rest of the creative team. While colorists have slowly been gaining more recognition, they are still largely the unsung heroes of the comics world, adding depth and meaning to the storytelling in ways so subtle as to be almost invisible. As we started preparing our year-end lists, we realized that we, too, had been overlooking the contributions of these indispensable artists, and decided it was high time to offer the best the praise they so rightly deserve. These are our top 14 colorists of 2014.

Rod Reis has a ton of experience coloring the heavy-hitters in DC’s catalogue, and while his contributions frequently outshine the storytelling, his recent work with C.O.W.L. (which he also draws) has established him as a formidable talent. Reis’ smokey colors perfectly encapsulate that series’ era and ethos. In C.O.W.L.’s show-stopping sixth issue, Reis deploys a 60’s-style color palette that makes the whole issue feel like a piece out of time. 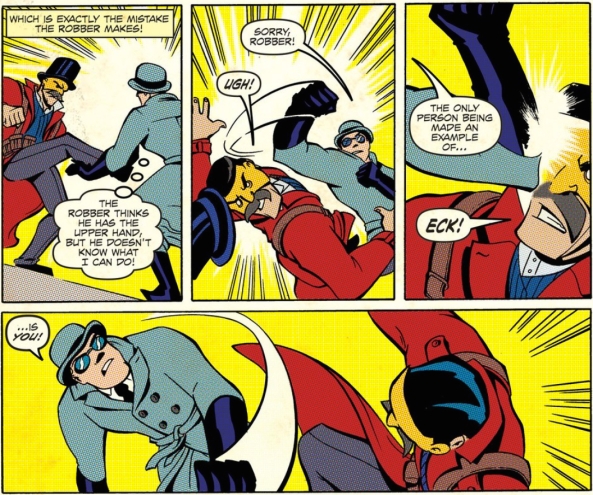 “Bold” is a word we tend to use a lot when praising colorists, but few exemplify it quite as well as Munsta Vicente, whose fully saturated colors vibrate right off the page (or screen, as is the obligatory case with The Private Eye). Whether its highlighting the primary color contrast of superhero costumes or bringing to life the candy-colored world of a post-pop-up-ad Los Angeles, Vicente’s colors  are at once dazzling and comforting. 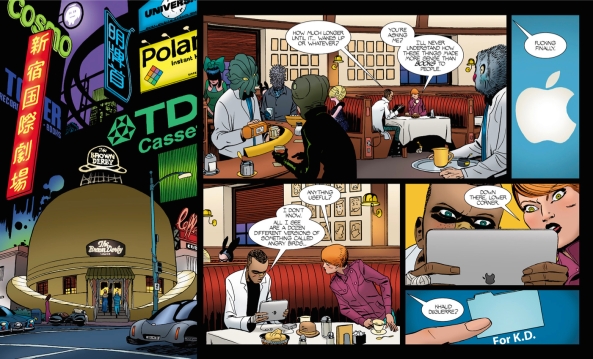 We’ve spent a lot of time praising the density of Cameron Stewart and Babs Tarr’s art in Batgirl, but that efficiency wouldn’t work without Maris Wicks’ thoughtful color choices clarifying every panel. Whether she’s piling on color to add detail to a setting or stripping it away to focus our attention, every move seems informed by a deft sense of the narrative. There were several bravura sequences that illustrate this skill, but none captured our attention quite as strongly as her careful deployment of yellow in the climactic fight scene of Batgirl 36.

The colors on Batman and Robin have always subtly enhanced the mood, whether it’s the warmth of friendship or the cold detachment of grief, but John Kalisz found another gear as the story moved to the alien world of Apokolips. Bathing everything in a hellfire glow seems like the logical choice, sure, but Kalisz was very careful to keep those colors red — a color we very closely associate with Robin, bathing each panel in a potent reminder of exactly what it is Bruce is chasing.

Taming Michael Del Mundo’s freely flowing characters is no mean feat, but Marco D’Alfonso expertly decides when to add definition through textures and shading and when to flatly layer colors onto the page. Every issue of Elektra is ripe with flashbacks, fantasy sequences and narrative abstractions, but D’Alfonso is slave to no single color schemes, artfully deploying whichever technique is going to be the best for the moment.

From quiet, frustrated domesticity to sex and drugs to violence and revolution, Saga asks artist Fiona Staples to render impossibly varied settings, characters and themes. We tend to focus on her inventive character designs and stellar acting when praising her work, but her rich colors are a big part of what makes Saga so inviting. Staples is just as adept at making light dance realistically off a hardwood floor as inviting hallucinatory colors to pop off the page. 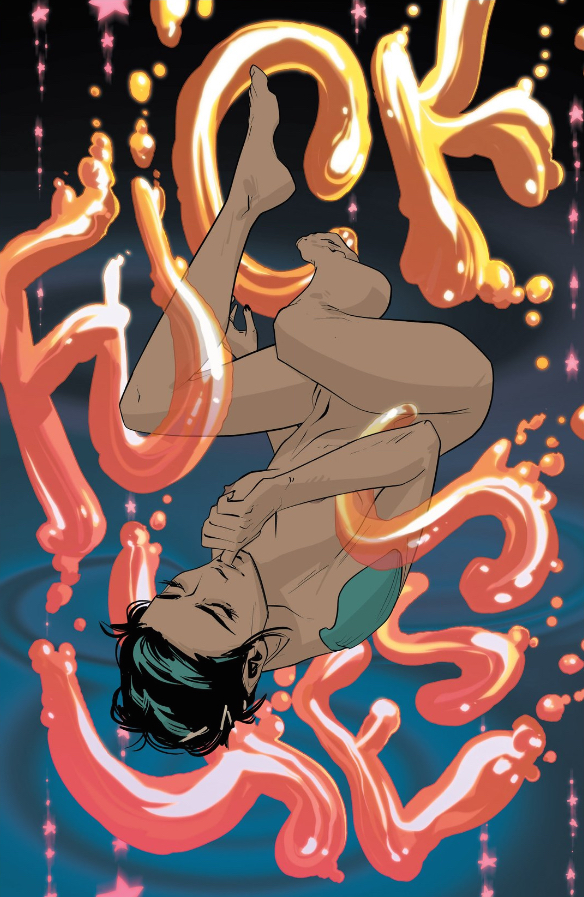 By his third year on Batman, you’d think FCO Plascencia would have run out of ways to surprise us, but this year’s “Zero Year” arc found him making unexpected choices on every page — much to the benefit of the book. Plascencia cleverly represents that earlier time in Gotham with a much brighter color palette, retroactively making his earlier work on the series a dark commentary on the state of Gotham. Who expects that kind of storytelling from color choices? 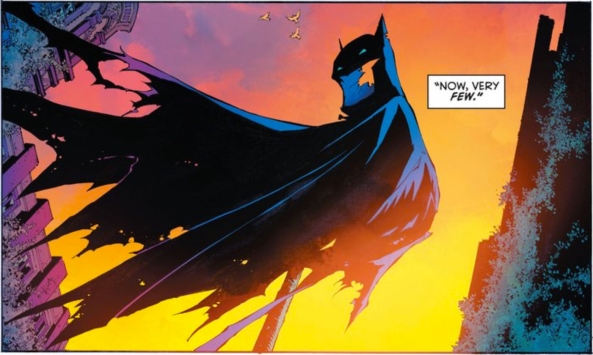 There’s so much going on in every issue of Sex Criminals — from intimate character work to the series’ signature penchant for sight gags — that it’s easy to overlook exactly how Zdarsky’s color work contributes to the finished product, but the series straight-up wouldn’t work without the colors. Entering “The Quiet” (or “Cumworld”, if you’re nasty) is largely represented through color effects, and all of those background sight gags would be muddled without careful attention paid to the coloring.

During his stint on The Flash, Brian Buccellato developed a skill for that oh-so-particular comic tool of representing a conflict with contrasting colors. That’s an easier feat when your hero wears bright red, but becomes a bit more challenging when your hero is mostly in grey. Buccellato discovered a clever way around that problem, allowing the totemic colors to spill into the environment, wreathing Batman in bright colors that just happen to help pop him off the page.

2014 saw something interesting happen to Teenage Mutant Ninja Turtles — the two artistic voices of Mateus Santolouco and Sophie Campbell started to inform each others’ design decisions (and that’s to say nothing of of Cory Smith, who seems to be channeling both of them). The dynamic constant between these artists is the steady light of Ronda Pattison, whose lush colors feel familiar no matter who is wielding the pencil.

Matthew Wilson’s had a year that’s impossible to summarize — sometimes coloring the epic, abstract battles with large mythological stakes (Wonder Woman, Thor) and others coloring street-level punch-em-ups (Daredevil, Ms. Marvel). Wilson’s work trades in subtlety, disappearing into his artists’ creations, and making it look like his colors were there all along. Nowhere is his skill for melding the natural with the unnatural more apparent than in Swamp Thing, mirroring the series’ struggle between (and ultimate marriage of) the elemental aesthetic choices.

Between Daredevil’s inability to see and his monochromatic costume, you’d think that Daredevil wouldn’t be particularly fertile ground for innovative coloring. Javier Rodriguez repeatedly takes advantage of Daredevil’s noir-ish roots and contrasts them with electric coloring from the environments. He expresses more shape, movement and direction with a single bold color choice than many pencilers working today. 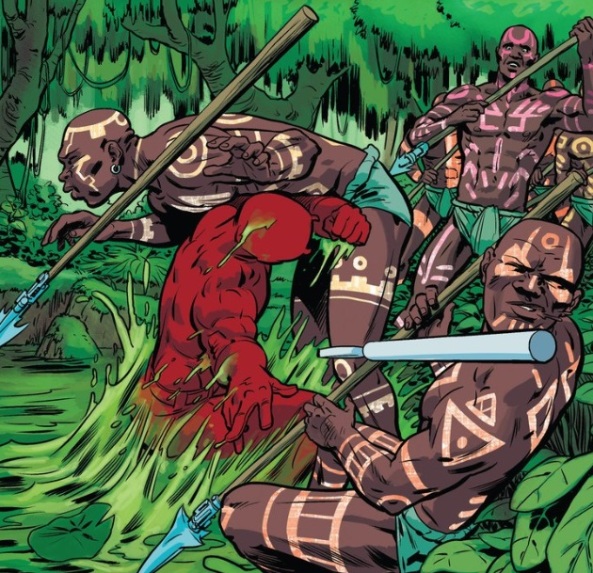 Like many of the other colorists on this list, Matt Hollingsworth’s output has been so varied this year as to make it impossible to stereotype. Still, whether he’s bathing the scene in the California sun (Hawkeye), deploying some dazzling lighting effects (Swamp Thing), or adding some atmospheric texture (Wytches), Hollingsworth always seems to have just the right tool for every situation.

With so many great colorists on this list, choosing a favorite should be hard, but in just about every metric we have — diversity of style, color choice, lighting effects, storytelling — Jordie Bellaire is the undisputed queen. It’s no wonder she works on some of the best series out there. We’re used to talking in terms of color choice as “appropriate” or “pretty”, but hers are often downright clever, adding invaluable context to every panel she touches. But of course, they’re also super pretty.