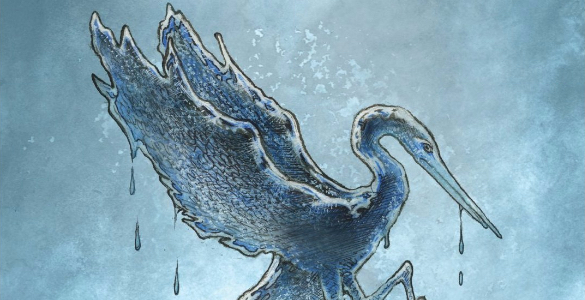 One of my favorite Loony Tunes premises was that of “Ralph Wolf and Sam Sheepdog,” the rival canines attempting to eat/protect a herd of sheep, respectively. Those cartoons are full of all of the great slapstick and expressions that make classic Chuck Jones cartoons such a pleasure, but by favorite gag is that, at the start and end of the day, Ralph and Sam punch their timecards — they’re just doing their jobs. Any other adversarial relationship in Loony Tunes, whether it’s Elmer Fudd and Bugs, Sylvester and Tweetie, or the (similarly designed) Wile E. Coyote and Roadrunner, needs no further explanation; the motivations of the characters are enough to carry the gags. Ralph and Sam, though, have a reason beyond their apparent animal natures, something that tilts at the nonsensical task of explaining the cartoon logic of these characters. It somehow grounds them in reality while simultaneously heightening the absurdity of the situations they’re in. Eleanor and the Egret has always reveled in its own kind of absurdity, but issue 3 starts to reveal Eleanor’s backstory, hinting at some human emotions at the core of this cartoony world.

As with anything in this series, that backstory is totally unexpected. We open, “way back when” in a boarding house full of creative professionals and their unusual animal companions. Eleanor, then a painter, is among them, and while we don’t see Ellis, she is surrounded by birds. Only, her paints mysteriously stop working, just as all of her birds mysteriously die. 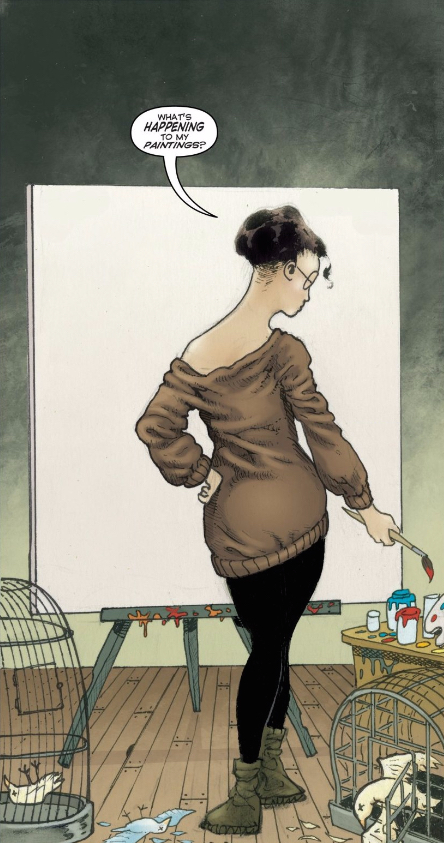 This is where Sam Kieth’s skill as a cartoonist really come in handy. There might be other ways to communicate “dead bird,” but a bird on its back with Xes over its eyes is probably the clearest. It might feel out of place if Kieth wasn’t so flexible with the cartooniness of the series, shifting his style as best serves the narrative at a given moment.

Obviously, there’s a lot of other exciting stuff in this issue — including, perhaps, the demise of Ellis — but I can’t help but fixate on that prologue, which suggests that a spooky old landlady might somehow be behind all of this. That’s not an explanation I possibly could have come up with at the end of the first issue, but it’s so appropriately weird, I now can’t imagine it going any other way. This is such a strange world Kieth and John Layman have created, but they seem to know just how fun it is to explain its quirks.