At what point does something become appreciated for its camp value? Tango and Cash is a terrible late-80’s buddy cop comedy starring Sylvester Stallone and Kurt Russell that was released to terrible reviews, but watching it now, one can’t help but appreciate just how surgically terrible it is — a concentrated dose of the cliches of the era, heightened to impossible extremes. A flop when it released in 1989, time has transformed it into an endlessly watchable cheesefest.

The Batman television series of the 1960’s, starring the late Adam West, was always intentionally campy (and enormously popular for a time), but went through a period of deep under-appreciation as audience taste swung towards the more “serious” interpretation of the character in the 80’s and 90’s. More recently, the pendulum of popular opinion has swung the other way, and the pop-art aesthetic and knowing camp of the Batman series is once again praised for defining an era, and being more openly embraced in mainstream comics — most notably DC’s Batman ’66 series, which concluded last year.

Hope Larson and Inaki Miranda’s Batgirl 13 embraces the campy spirit of the Batman television series. From Catwoman’s endless (and knowingly terrible) cat-related puns, the intentionally low stakes (Velvet Tiger is stealing and hoarding household pets simply because she’s beautiful and wants to be surrounded by cute things), to the right-out-of-the-TV-series fight sequence between our heroes and Velvet Tiger’s kitten crew, Larson and Miranda hit all of the right beats. 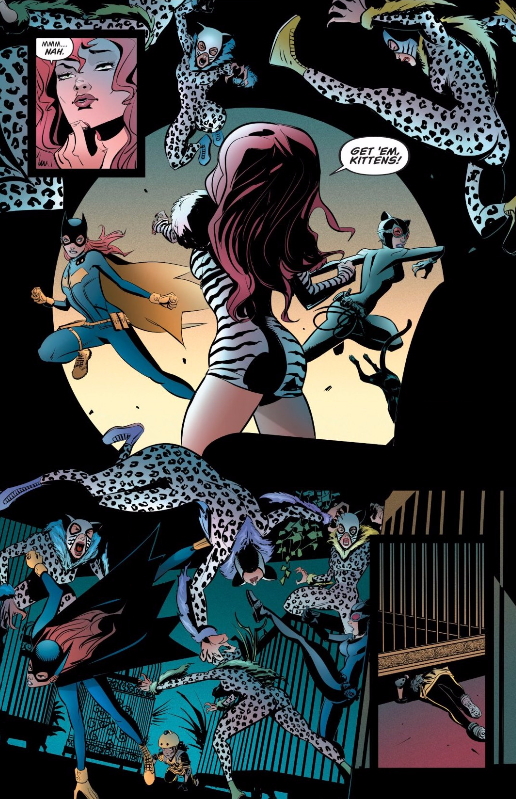 This seems like a one-off breather between Batgirl story arcs, but it’s the most fun I’ve had reading the book since its Rebirth relaunch. Batman ’66 is no longer on the scene, but there’s definitely room for another title in the same spirit. If Hope Larson wanted to continue to lean into the camp factor in Batgirl going forward, I’d be a big fan.