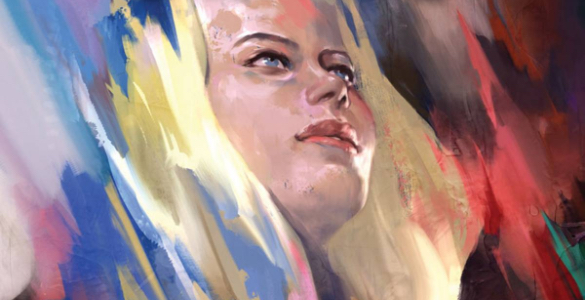 Time travel is theoretically impossible, but I wouldn’t want to give it up as a plot gimmick.

Faith Herbert returns after a very brief hiatus from her solo series for Faith and the Future Force, wherein time’s been tampered with and Faith sets out to fix it under the guidance of Timewalker Neela Sethi. It’s a simple premise, sure, but simple premises can be great; however, I am finding the nature of this story being based around time-travel to be a bit underwhelming. Nowadays, I feel like a decent time-travel yarn needs a significant gimmick, as the trope’s been so heavily used. Recent titles like Chrononauts, Green Valley, and TMNT: Beebop and Rocksteady Destroy Everything show that time-travel can still be done well, but an extra layer of contrivance really helps to help the works stand out.

One could argue that Faith, the character, or the humor of writer Jody Houser acts as the hook for this title, but I’m not sure whether or not Faith’s charm and love of sci-fi references (Red Dwarf, Star Trek, Dr. Who, BSG, T2: Judgement Day) constitutes as reason enough to tune in to this fairly by-the-numbers race against/through time.  Not aiding the comic, thus far, is the primary antagonist: a robot who can copy powers of heroes and speaks primarily in quotes from time-travel flicks; which thus far reads as “hard to defeat, but not very interesting.” As for the reveal at the end of the issue… 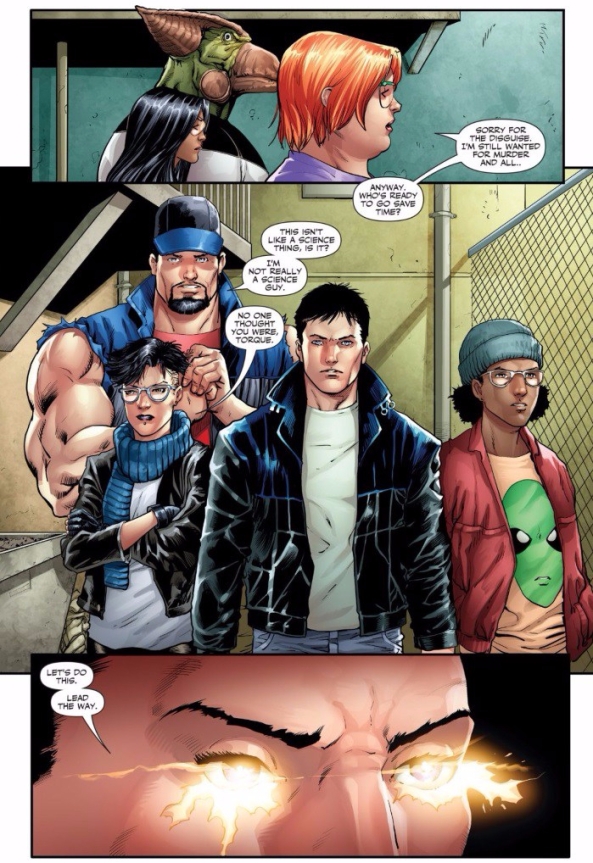 …as someone who has only dabbled in the Valiant universe and has not read the full canon of Faith, these characters do not mean anything to me; all I can tell from here is that there is a big, muscle guy who probably is not too smart and a guy with glowing eyes. By far, the most engaging character in this first issue is Dr. Neela Sethi, who is drawn with love by the artistic team of Stephen Segovia and Barry Kitson; however, Sethi finds herself so busy micro-managing Faith that the audience does not receive most of the cool nuances which make Sethi an interesting character, such as her history of failing to change events in the past despite her role as Timewalker.

I’m curious, going forward, how Faith and the Future Force might use its formulaic beginning to its strengths, because this is clearly a talented creative team (Ulises Arreola keeps pages vivid and textures interesting with his colors, for example). If the title will be going more in the direction of pastiche and self-awareness of genre in a Deadpool-ian kind of way, I could be interested in that, but without some extra layer of gimmick, I’m afraid this time-travel story could end up as a derivative homage.