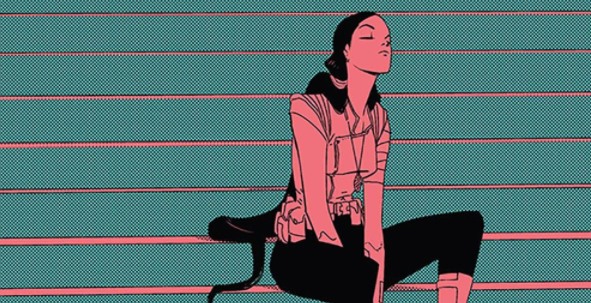 The bullshit piled up so fast in Vietnam you needed wings to stay above it.

War is a messy business. Aside from the needless death it causes, war destroys communities and families, wrecks economies, and has a way of dragging people and countries down into its bloody maw. Those who try to keep their hands clean often find, despite their best efforts, that war has a particular talent for drawing the unwilling into its embrace as well. Xiaolian Mao has tried, for 34 issues, to keep her hands out of not just war, but the apocalypse, but with attempts on her life and a final attack against her people, she finds that even she can’t avoid her part in ending the world.

That Mao has stayed out of the fray this long is nothing short of miraculous. What with being married to Death incarnate, it would only seem logical that Mao would be among the first of the chosen to bring about the apocalypse. Instead, she does her best to shelter the masses of civilians who flock to her lands looking for protection. Her motivation for this act of mercy is clear: being a mother of a young boy, she wants to the world continue existing. These maternal feelings influence her actions in this issue, but even they have a limit. 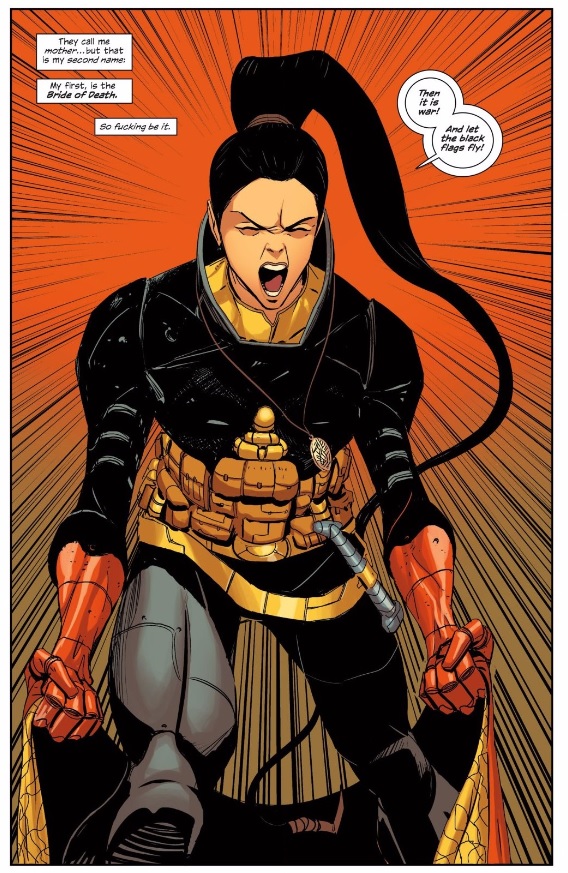 Enraged, Mao forgoes her identify as mother and reinstates her mantle as the Bride of Death. This goes to show that despite her best effort, Mao is unable to stay above the fray of the apocalypse. Just like Willard in Apocalypse Now, Mao has learned that the bullshit of war piles up so fast that it is impossible to avoid. Such a grim and sadly true message is among the darkest that East of West has explored so far, but it feels appropriate given the matter of the apocalypse at hand.

Now that Mao has succumbed to the bullshit, the question remains whether or not her son, Babylon, has the wings to stay out of the muck. With his rosy blinders, he’s so far been able to stay out of the bullshit, but with the fall of Mao, we can only wonder how long that can possibly last. In the end, it seems like war and the apocalypse might engulf everything.