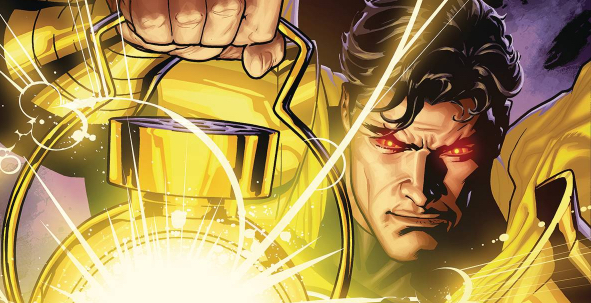 Rarely does Superman venture into horror territory, and rarer still does it do so as successfully as in Keith Champagne and Doug Mahnke’s Superman 29. The duo take a story featuring child abduction, possession, and a generally dour and oppressive atmosphere — things I generally would find anathema to a good Superman story — and make them work by never compromising Superman as a character. In fact, while Superman is brave and dependable as always, Champagne and Mahnke dial up his virtue to exaggerated heights, the better to combat the strange darkness of the material.

But with so much of Rebirth Superman focusing on Superman’s relationship with Lois and Jon, it’s a bit strange to see them absent from a story seemingly tailor-made for the whole Superfamily. Superman does mention Jon in passing, but it’s an underdeveloped idea as outside of a brief inner-monologue towards the beginning of the issue he isn’t mentioned again. I can appreciate Champagne’s desire to explore ideas outside of the current scope of the book; I was mostly surprised by how deeply Lois and Jon’s absence was felt.

One comment on “Facing Horror with Virtue in Superman 29”