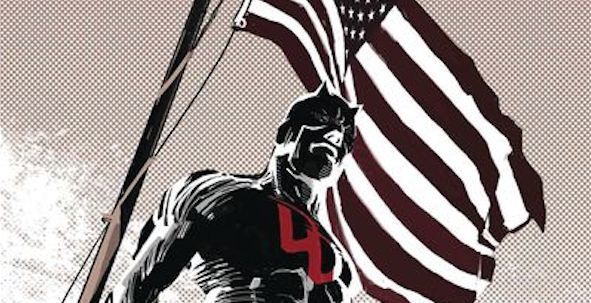 I’m about to blow your mind: superhero comics are full of fist fights. Crazy, I know. But with every punch or kick traded, there’s typically opposing ideologies. In Daredevil 25, Charles Soule and Alec Morgan match the high stakes of Matt Murdock’s Supreme Court case with the trappings of superhero fisticuffs.

Matt is petitioning the Supreme Court to allow masked heroes to be used as anonymous witnesses in criminal cases. Alec Morgan establishes the Supreme Court in a double-page spread that grounds us in its reality as Matt makes his opening statements. In the following spread, Morgan takes us into a heightened version of this reality, where the Supreme Court Justices provide physical attacks along with their counter arguments. 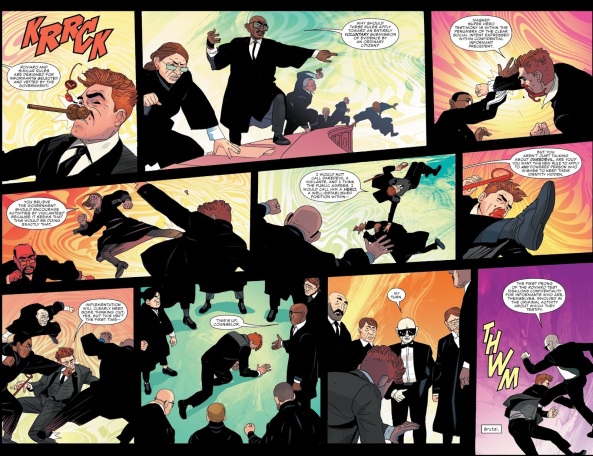 Just to ensure that we’re aware that this isn’t actually happening as presented, Morgan throws in a few off-kilter panels and dreamy backdrops. Every fist, foot, or gavel to Matt’s face is a punctuation mark for the Justices’ arguments and every block and dodge he makes are in tandem with his counterpoints.

Before all of this goes down, however we have a brief back and forth between Matt and the defense attorney known only as “Legal.” Soule gives us some insight into Legal’s mind as he openly presents Murdock with his beliefs about the legal system. 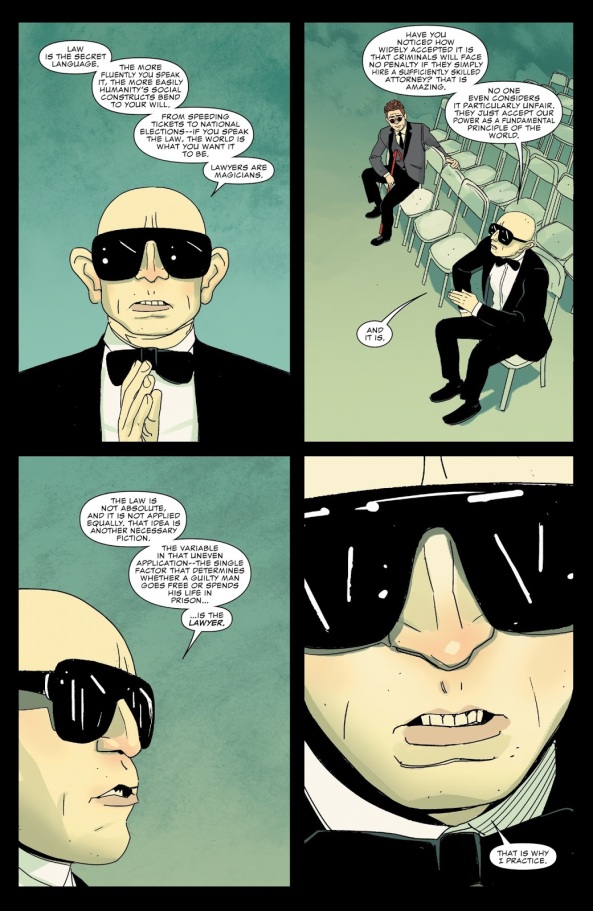 Legal says that the law is “a secret language” but really you could swap that with the word superpower. With his vast knowledge of the system, Legal clearly views himself above or outside of the law — separate from the majority of civilization.

Likewise, a big part of Murdock’s argument to the Supreme Court is that they should not consider superheroes as “the other” and recognize that they aren’t too different from us. Matt’s call for equality is less about equal treatment and more about taking a stand in the name of justice.

One comment on “Fist Fights and Legal Fights in Daredevil 25”