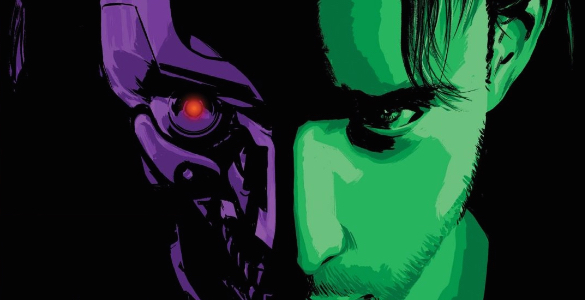 People see what they want to see. It’s a fact that’s fundamental to our perception of the world, but also the thing that prevents us from agreeing on anything. Rorschach tests represent the most fundamental expression of this notion, asking subjects to project their own meaning onto meaningless inkblots, but it’s something we see every day, from our simplest hopes and fears to the way we evaluate political candidates. That’s not to say there aren’t objective truths, just that, individually, we’re terrible at recognizing (and respecting) them, so their existence is almost incidental to our attitudes about the world. This is enervating enough when discussing climate change or which way toilet paper rolls should be oriented, but becomes all the more heartbreaking when the debate questions your very humanity, as it does for Joacquim Morray in Lazarus X+66 2.

Oh man, is this a tough issue to read. It centers around the debate for whether or not the Morray family should take over remote control of Joacquim, effectively turning him into a golem. On the “yea” side sits Brian Morray, Joacquim’s cousin, while Joacquim’s brother, Alejandro represents the “nay” side. At least, those are the two characters buzzing in Edgar Morray’s ears throughout the issue; the most potent articulation of this issue’s Rorschach test is this scene between Anne-Maria Morray (Edgar’s wife) and her daughter, Marta: 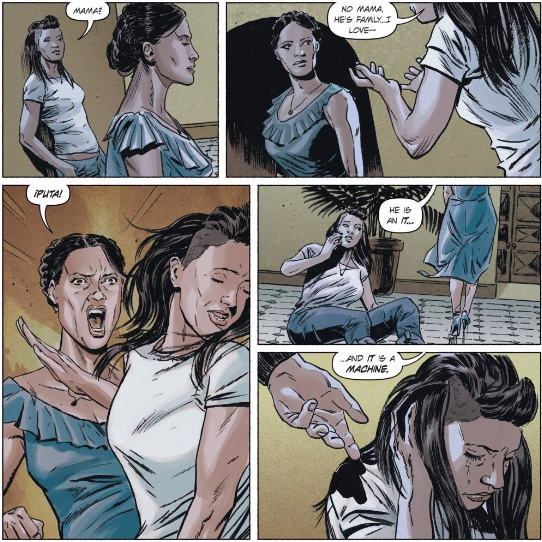 The cruel irony is that, if he truly was the machine they wish he was, this drastic measure wouldn’t be necessary — they’re reacting to a pitifully modest expression of his humanity. That is, he’s demonstrably not an “it,” but Brian and Anne-Maria continue to insist that he is simply because they want him to be. What’s worse is that this is over a mission that Joacquim completed as ordered, it just took him 40 seconds longer than they projected. His hesitation may speak to his humanity, but the fact that he followed his orders in spite of his reservations speaks to his loyalty.

Writers Greg Rucka and Aaron Duran revel in the psychological horrors of these questions (and artist Mack Chater slots beautifully into the visual world Michael Lark has already created), but I can’t help but think they’re also laying some key groundwork for Joacquim’s eventual escape from his robotic existence; they’ve introduced two potential conspirators AND the notion that Morray central command can momentarily lose contact with (and, presumably, remote control of) Joacquim. I don’t envy Joacquim being trapped in his own body as his family forces him to do all kinds of horrible things against his will, but I’m clinging to the hope that he may find freedom in the end.