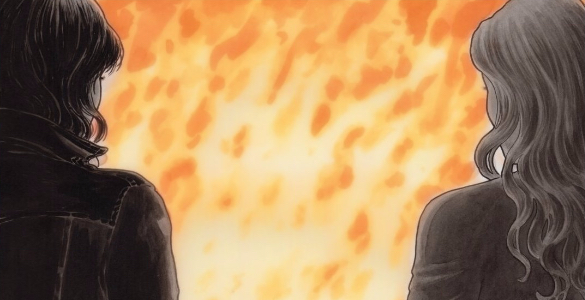 We don’t often talk about procedurals in terms of “putting the pieces in place” — there’s too much directionality to all of the clue finding for the endgame to feel anything other than inevitable. Of course, for all of the procedural elements in Black Magick, it isn’t strictly a procedural. This issue is full of procedural scenes — all showing some degree of cause and effect — from Rowan’s “investigation” into Bruce Dunridge to her (and Alex’s separate) spellcasting, to Stepan Hahn’s own detective work. He’s the noose we’re consciously aware of (especially as the end of the issue puts him on a collision course with Ro), but it’s the procedures we don’t quite see the fallout of that intrigue me most.

Back in issue 4, it sure seemed like Morgan was at least a little dubious of Rowan’s suspicious behavior. This issue doesn’t play his sideways glances for quite the same dramatic effect, but we do get quite a lot of him observing Rowan from afar. 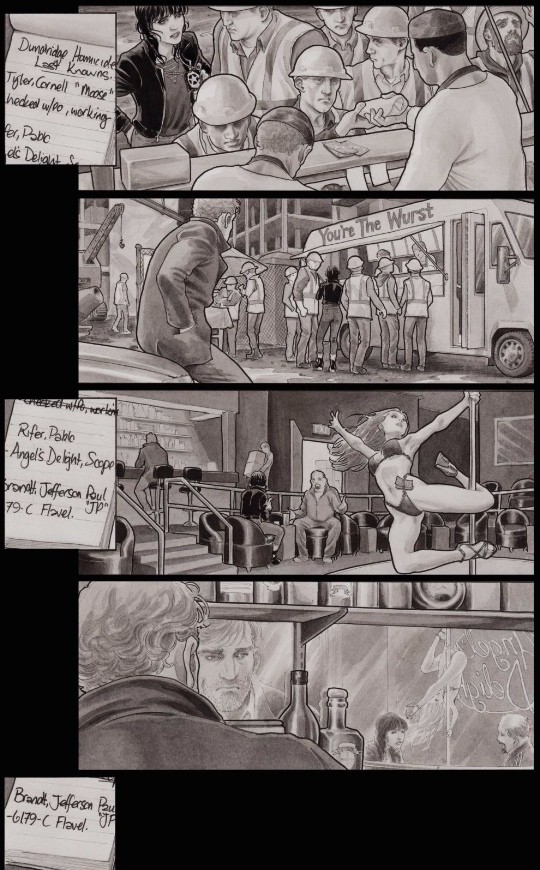 Crucially, writer Greg Rucka and artist Nicola Scott always frame the watching from Morgan’s perspective, never Rowan’s –if he’s suspecting her of something, she’s completely unaware of it. There’s no mention of why Rowan is speaking to these witnesses alone, or whether she’s pressing it to her advantage to distance herself from Dunridge’s death, but the simple fact that Morgan is watching her so closely sure makes it feel like more than a trivial detail. The distance may be the result of the mini-tiff the two have as they get out on the road, but it sure seems to be feeding into Morgan’s suspicions about Rowan, even as it makes her less aware of them.

Which brings me to my big conclusion from this issue: she’s a little to preoccupied with the threats she’s aware of — Aira, the Hammer, whoever sent that thing for Alex — to be thinking about the more modest threats of her partner discovering she’s a witch. I call that more modest, but issue 6 made clear that discovery is the most potent threat to witches throughout history (you know, aside from whatever it was that killed Rowan’s mom). It’s a fear we know is baked deep into Rowan’s psyche, but is one she’s more or less blind to at the moment, and one that may land on her doorstep sooner rather than later. It’s not clear exactly what Morgan might be suspecting at this point, but with Ro so preoccupied, he might get a lot closer to the truth than she really wants.