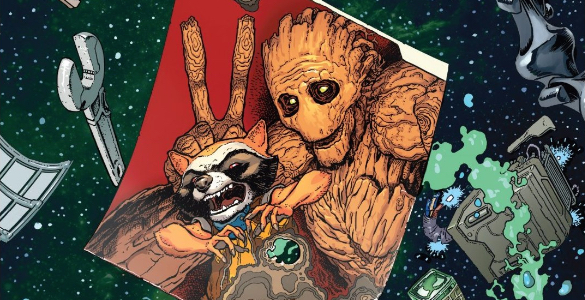 The origin story is a quintessential tale for any hero, whether they be major character who headlines movies or one that would only be familiar to the most knowledgeable comic book reader. Many of these stories are so well-known that many people know where Superman or Spider-Man got their powers from even if they’ve never picked up a monthly. But not all heroes enjoy such clarity when it comes to their origins, and such is the case with Groot. There seems to be no consensus on where Groot came from, so in All-New Guardians of the Galaxy 9 Gerry Duggan figures he may was well take stab at telling the story of Groot’s roots.

Rocket and Groot are on a mission to obtain information on the layout of a vault on Citopia when they are ambushed by the Gardener. This Gardener, who we’ve seen periodically throughout the past nine issues, easily puts Rocket in his place before Groot sacrifices himself to save his furry companion. It’s not exactly clear what the Gardener intends for Groot, but it is clear that he had some hand in Groot’s creation. 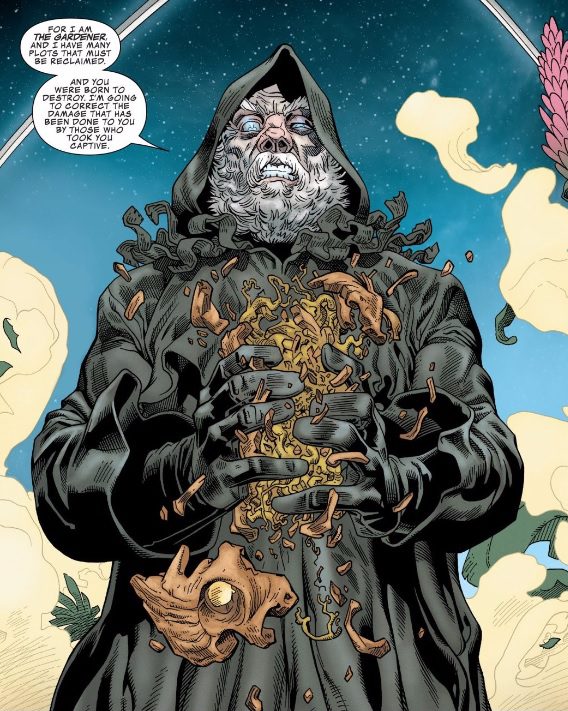 That Groot is meant to destroy comes as a bit of shock, given how likable and gentle the character is. I can only wonder what the Gardener will do to make Groot into a malevolent force. More curious than this, though, is to consider just what the Gardener is doing here. He’s supposedly one of the most ancient forces in the universe and the progenitor of all plant life, so it’s strange to wonder what exactly Groot will be destroying. Will it be other life (meat) forms like Rocket, who he so clearly disdains? Will it be mechanical life and machines? Will Groot go back to his roots and kill that which he loves (his meat friends), or will he stand up to his creator? Whatever his choice, the origin of Groot promises to play a significant role in the upcoming Guardians issues.