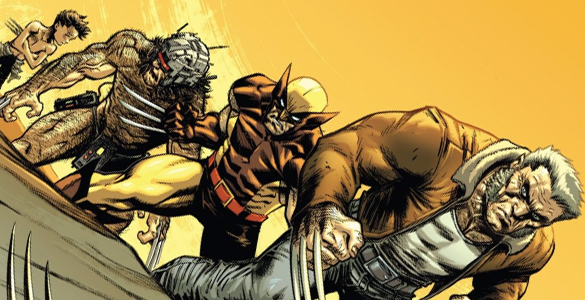 Wolverine has always been the perfect blend of superpower and persona. On the mutant side, Logan’s body regenerates from virtually any damage he may sustain. On the persona side, Logan is strong-willed and once his mind is set to do something, there’s little that can get in his way. The marriage of Logan’s unflinching resolve and undying body is poetic in the way each side reflects the other. What exactly that makes of the man’s psyche is the topic of discussion in Astonishing X-Men 3.

Several X-Men are locked in the Astral Plane, attempting to fight their way out to unwillingly win a bet for the dead soul of Charles Xavier. Few of them seem prepared for the Shadow King’s assault, but Logan stands tall against this imposing foe’s attacks. How exactly Logan is able to withstand psychic battle after psychic battle becomes the discussion between Xavier and the Shadow King. 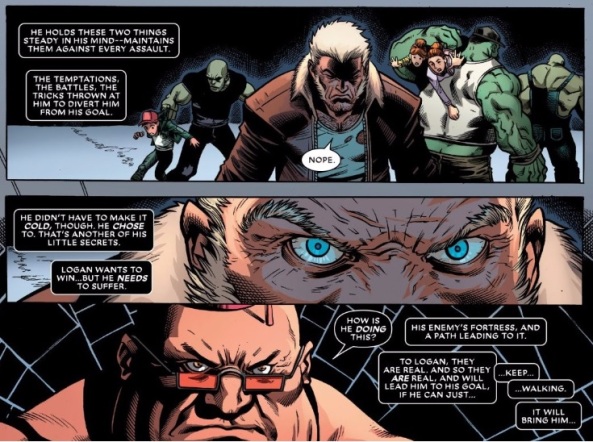 Logan is a man whose hardware and software virtually call him to suffering. What with his nearly indestructible body nearly impervious will, Logan defeats his enemy not through skill or grace, but through attrition. Xavier notes that as long as Logan has a path leading to his enemy’s fortress, he will walk it. Logan’s hardened body and mind all but guarantee that as long as he keeps walking, he will eventually meet and destroy his enemy.

This represents to me the perfect mingling of a superhero and his power. Some heroes reject their power and others still see it merely as a tool to be used for good. Logan, on the other hand, is an exemplar in superpower and soul joining to create an indestructible machine. That Logan is effective only because his mind and body mirror each other makes him at once perfect, but also flawed. So much has been written about Logan that I didn’t think there was much more new to say, but Charles Soule, in pointing out what makes Logan an astonishing hero, has surprised yet again.