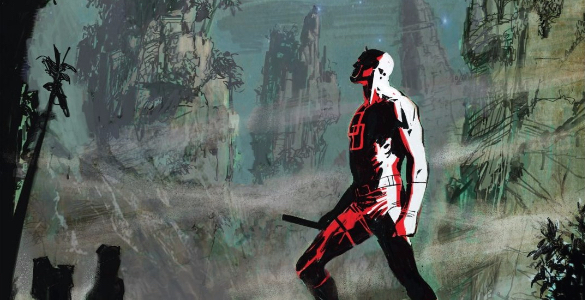 Charles Soule’s run on Daredevil began with a bit of a “back to basics” approach, a return to the character’s traditionally dark tone after Waid and Samnee’s more optimistic run. Still, Soule wasn’t content to just do the same old things with Daredevil; Matt underwent significant changes, including adopting a new costume and sidekick, fighting new villains, and losing all of his old support systems. The last few storylines, though, took a step away from those changes — one was a straight-up flashback tale, and the other a Kingpin story. Daredevil 26 finds Soule reconciling all these various takes, moving forward with the status quo changes brought about by issue 25 while also revisiting concepts from both earlier in this run and long before it.

The issue opens with Matt considering the various ways the city has changed — and continues to change — since his victory at the Supreme Court. This thread takes a backseat once Matt takes off for China, but it looks like it will continue to have reprucussions even while Matt’s preoccupied — something’s up in NYC.

Meanwhile, Matt’s reclaimed his red suit, renewed his friendship with Foggy Nelson, and now finds himself duking it out with the Hand, all trademarks of classic Daredevil stories. This is the closest Soule has come to revisiting Miller’s work with the character, yet the story is also filled with characters and plot points native to Soule’s run. Ron Garney, the primary artist for the first year or so of this run, returns, bringing with him his unmistakable signature style, and the action is sparked by a note from Blindspot, the new partner Soule and Garney introduced in this run.

Soule and Garney strike an impressive balance, combining all these elements from these various eras into something exciting and cohesive. It grounds new developments in a sense of history, making sure that this feels like both an issue of Daredevil and a continuation of Soule’s run, even as it continues to break new ground. Even the themes introduced in this issue do this: Daredevil’s conversation with Blindspot’s sister revisits the guilt and the debates over responsibility, justice, and vigilantism intrinsic to Daredevil’s character (it feels like a discussion right out of the Netflix series), while the Hand and the mysterious Hutt-esque beast living in their fortress revisit some grimmer ideas. 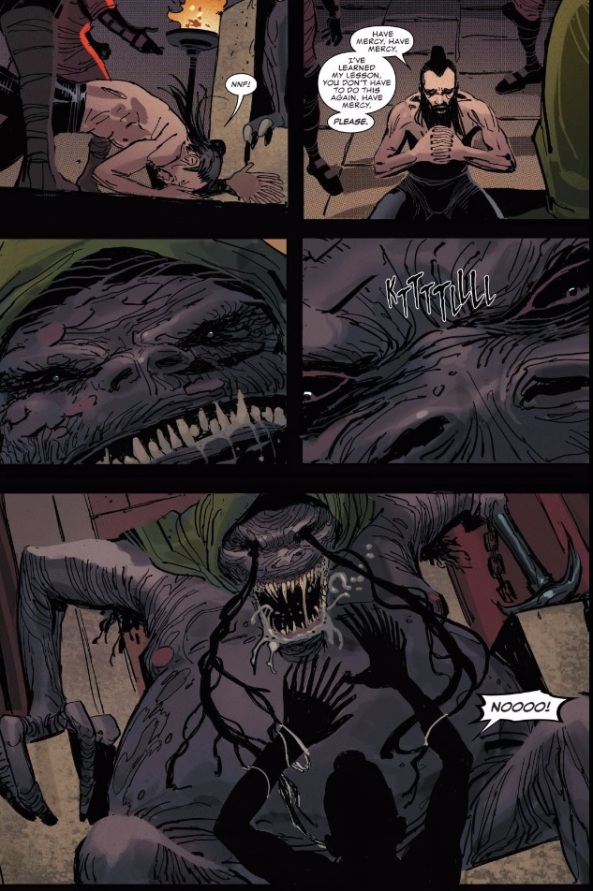 Between Tenfingers and Blindspot, the loss of limbs and vital organs has been a recurring beat throughout this run, and the focus on this monster’s eyes seems tied not only to poor blinded Blindspot, but to Muse (whose eyes are eerily similar to the beast’s) and even to Daredevil himself.

Again, all this comes together to expand and further Daredevil’s world, all while staying true to the character and the path Soule and Garney have been plotting for him over the past few years.