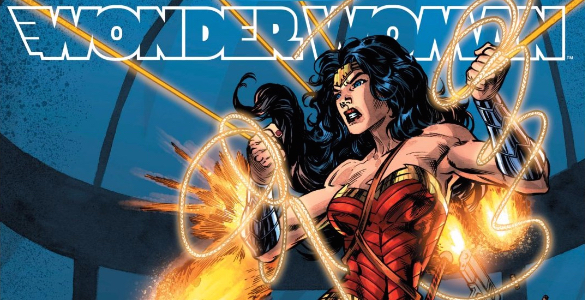 Collectively, superheroes have always freaked the government out, and it’s not hard to see why. With their augmented abilities and their penchant for vigilantism, it’s easy to understand why they threaten institutions which claim to uphold order and society. This being the case, the conflict between heroes and governments has been explored in comics in hundreds, if not thousands, of stories. Wonder Woman 30 does the same, but the question is, does it have anything new to add to the conversation?

The answer, unfortunately, is no. Diana has been tricked into entering a secret military base where super soldiers have been created using a serum made from her blood. When the truth of this emerges, things go south as quickly as you would imagine, and Diana finds herself fighting soldiers with her same augmented abilities. She emerges victorious, of course, but only after depowering the super soldiers so as to keep her powers to herself.

This issue effectively boils down to the old question asked many times before: should one person have all that superpower to themselves. The soldiers who attack Diana seem to think the answer is “no,” as they bizarrely attack her while at the same time claiming to be her biggest fans.

The motivation of the soldiers to follow orders and attack Diana just doesn’t quite ring true. Why would these women and men, who claim Diana is their hero, suddenly turn and attack her simply because they believe she shouldn’t hoard her super powers to herself? Moreover, the logic of their argument doesn’t stand up either. The idea that more weapons will create peace is paper-thin, and anyone who remembers the Cold War knows that arms races never end well. While the idea of the government trying to redistribute power sounds interesting, the execution of it fails to take hold because it’s coming from characters who have no reason to attack Diana except that the plot demands they do so.