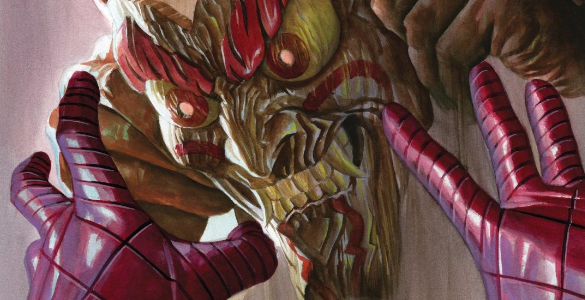 Spider-Man and the Green Goblin are arch-enemies, right? While both men have faced many opponents in their lives, nobody gets in their way, nobody riles them up more than the other. It makes sense, then, that when faced with the prospect of fighting his “own personal demon,” ol’ Norman Osborn would immediately assume that this refers to Spider-Man. In Amazing Spider-Man 32, though, Dan Slott and Greg Smallwood seem to be insinuating something entirely different: that Norman’s own personal demon may just be himself.

Norman Osborn is looking for a way to become the Green Goblin again, and his search brings him to the Temple With No Name, where he takes up training in the mystic arts. When Norman’s masters task him with fighting his own personal demon, it’s easy to see why he would assume they’re referring to Spider-Man.

But the language the monks use isn’t really specific to Spider-Man — they could just as easily be referring to the madness of the Green Goblin and Norman’s steely resolve to regain it. The idea that the Goblin is bad for Norman is threaded throughout this entire issue: Norman himself mentions that becoming the Goblin would make him “sick again” (but disturbingly, also whole), and Smallwood frames the Goblin as quite literally haunting Norman, as the devil on his shoulder. 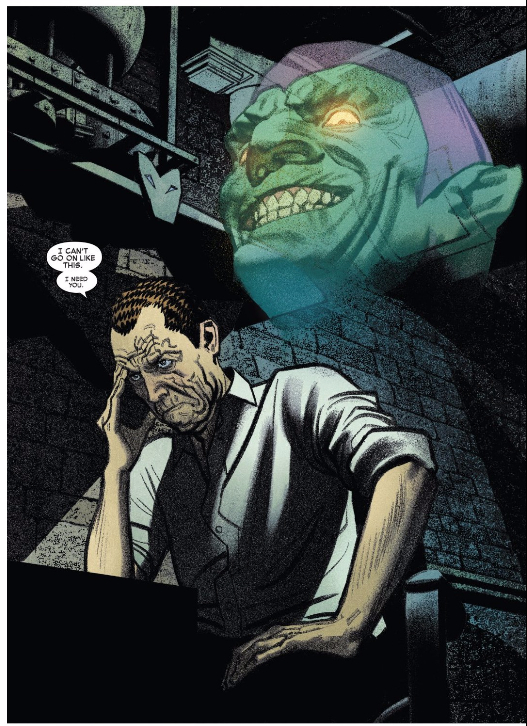 Norman could have made a fine magician, but he ultimately sabotages himself, turning against his masters and using his abilities to summon and destroy Spider-Man. Of course it turns out that none of this was ever real, and most of the issue was an instantaneous fantasy, a test to see if Norman was worthy of being taught. Obviously, Norman failed that test, and he has nothing but his own hubris to blame. It wasn’t Spider-Man who stopped Norman from learning magic — it was Norman.

When the Monks are prepping Norman for his final test, they tell him that his personal demon is all that’s holding him back from achieving his true potential. Norman assumes it’s Spider-Man because of course he does, but really it’s Norman and/or the Green Goblin holding him back. It’s his own twisted ambition that kept him from learning magic, his love of madness and crime that keeps him from being the truly successful businessman he could be. It’s a shame that, even after an experience like this, Norman will never, ever be able to recognize that.