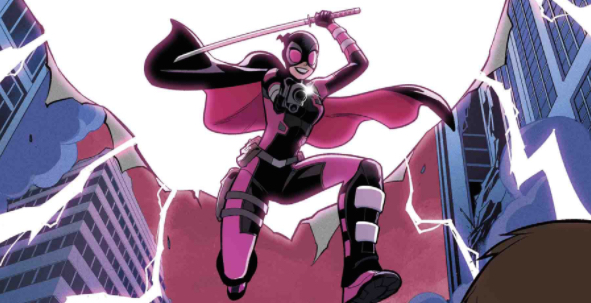 This arc of Gwenpool appears to be taking a lot of its cues from the recently concluded Secret Empire. While not retreading any of the same thematic ideas, the narrative structure of one moral-extreme version of a character over-writing the history of the opposite-moral-extreme version of that same character features in both. For Captain America, this is a battle over the national zeitgeist, a startling reflection of the persistence of racism and white nationalism, but for Gwenpool, the stakes are more personal. Secret Empire Omega 1 just chillingly illustrated how definitive, national change is virtually impossible, but Gwenpool 20 offers a more hopeful path for the individual and — more importantly — for the comic fan.

Writer Christopher Hastings never betrays the central conceit of the character — the heart of her power is her knowledge about comic books. The Evil Future Gwenpool has applied her years of knowledge to sociopathic cynicism. To her, the fact that the powers that be (be they “the creators, or the editors, or some fan vote or whatever”) prevent Miles Morales from ever really dying gives her license to attempt to kill him. The artistic team of Gurihiru presents this kind of proclamation like some kind of divine edict — biblical and infallible. 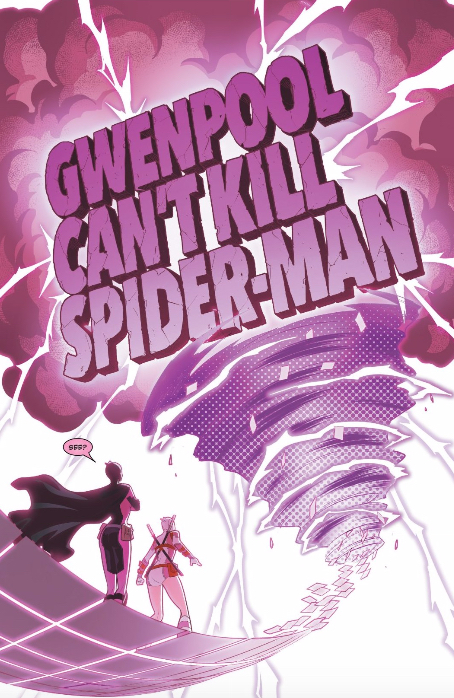 However we reach that conclusion, it’s understandable and acceptable as true, especially for long time comic book fans. And remember, that’s exactly what Gwen is. Is the inherent predictability of these stories an excuse not to care about their content? Future Gwen seems to think so. That’s been the common rallying cry against Secret Empire since before the series even started: it’s all going to be cosmic cubed away, so what’s the point? The point, as Vanilla Gwenpool points out, is that we love and invest in these characters, not only in abstract self-aware ways on forums afterward, but as we’re reading them. Unlike Steve Rogers, Gwen is able to select a single path for herself, choosing stories of hope over stories of pain.

As a prescription for fan culture, I can’t imagine a better moral. Gwen is the ultimate super-fan, and her anti-heel turn comes from her aggressively fighting against negativity and cynicism. Secret Empire may conclude with “the threat was always there and it always will be,” but Gwenpool 20 offers to opportunity to stamp out the same threat internally.