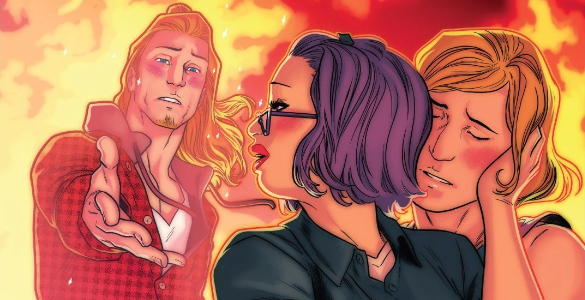 There are a lot of reasons to dislike social media, but perhaps one of the best is that it propagates FOMO, or “fear of missing out.” In in a nutshell, FOMO is when people generate anxiety over the fact that something cool is happening right now and they’re not a part of it. What with friends and such sharing all their awesome experiences virtually all the time, it’s not hard to see why this is now a problem. This fear though, must be nothing compared to Gert’s, given that she was dead for two years and resurrected only to find the world completely different from what she once knew.

Chase went back in time to save Gert because he hoped to rekindle their love. He roped (that is, gave her no choice) Nico into saving Gert from a lethal stab wound and now here things are. Gert is alive two years later, whether she’s ready for it or not. The hardest thing Gert has wrapping her head around is the fact that the Runaways simply “drifted apart” after her death. 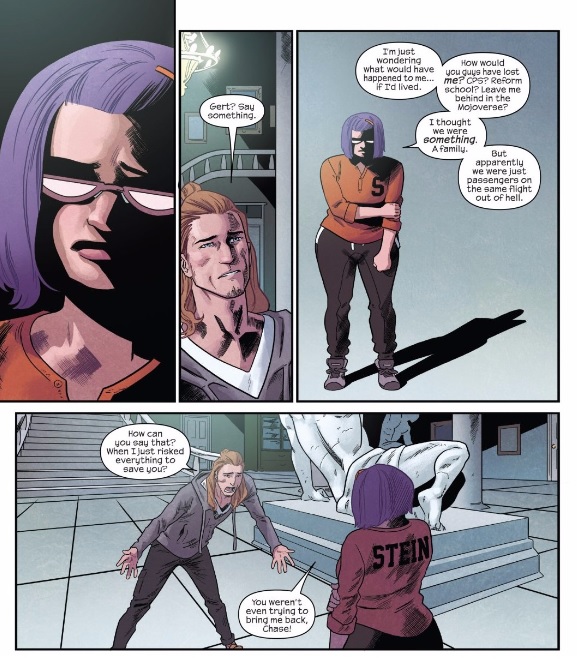 At first she’s angry, feeling that Chase and Nico somehow disbanded her group of friends on purpose. However, she soon gives way to sorrow, thinking that all the connections she made with her friends was perhaps for nothing. In essence, Gert is feeling left out of the past two years, and frankly she’s justified in that thought. It wasn’t her choice to die and it wasn’t her choice to be brought back to life and into the future. Everything happening to her is coming fast and her reactions of anger and sadness are all too recognizable. Who of us hasn’t experienced the same thing when we find out that some of our friends had a fun time without us?

While there might be some who might complain that Runaways hasn’t really advanced it’s plot much, the simple fact is that Rainbow Rowell is doing what every good writer does. She’s taking time to establish characters and making readers care about them before anything too dramatic happens. For that reason, even though this is only the second issue of the series, it now feels like must-read.