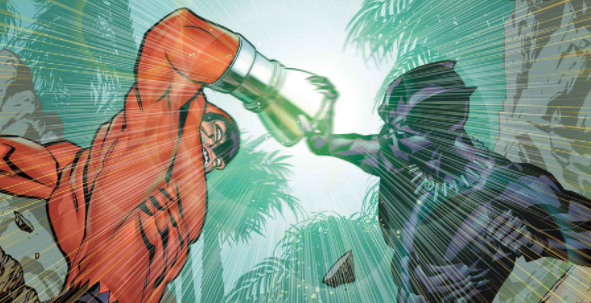 There’s a lot to be excited by in Ta-Nehisi Coates’s Black Panther run, but one we rarely comment on is that it’s bringing in new readers. As an already popular author and journalist, Coates has an established audience that is much, much larger than the typical comics creator. For evidence, we need look no further than his twitter followers, which number 1-3 orders of magnitude more than most comics creators — heck, he has more followers than most comics publishers. And, importantly, the vast majority of those followers (and Atlantic and Between the World and Me readers) aren’t comics readers. I’ve covered plenty of comics in our 7 years as a site, but tweets about Coates’s Black Panther represent the only times I’ve been asked “where can I buy this comic?” And that’s happened multiple times. Coates is bringing new people to the medium, and that’s something special.

Of course, it also puts him in a bit of an unusual place as a writer. T’Challa is a character with a rich, half-century-long history, and comicdom is notorious for fans who know every bit of that history. How do you reconcile the interests of those fans with those of total neophytes? From the start, Coates has struck an elegant balance, acknowledging many specific beats of that history while also creating entirely new mythologies for the character and his world. No one element represents that better than Ulysses Klaw, whose introduction at the end of last month’s issue crashed one of T’Challa’s oldest enemies into that new mythology.

At NYCC, Coates mentioned that he wasn’t necessarily a fan of Klaw, and needed to find a new approach in order to really use him. This issue provides a kind of secret history of Klaw — one that’s sure to surprise old readers, even as it brings new ones up to speed. Being one of those Black Panther neophytes myself, I can’t really comment on what new elements Coates introduces, but his vision of Klaw, as a man haunted by the lobotomy of his schizophrenic sister, as a man who has become the voices that cajole and pressure good people to do bad things, is chilling.

That also lends a kind of thematic unity to Klaw’s team. 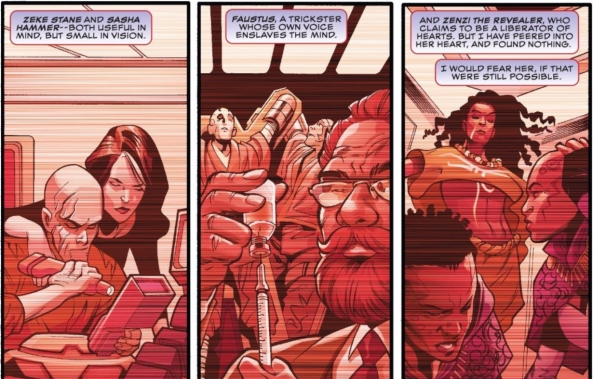 I’ve previously remarked on how these methods — technology, trickery, and empowering people’s worst desires — parallel those used to steal our presidential election, but connecting that notion with something deeply personal to Klaw is a stroke of genius. I have no idea if that way laying there all along, or if this is something Coates created, but it grounds the supervillanous machinations in tangible emotions, giving them depth they were heretofore lacking.

All of which is to say I’m excited to have this Klaw interacting with T’Challa. I don’t have the extensive knowledge of Black Panther’s history with Klaw to place it in the grand context of Marvel, but I now feel like I have more than enough of Klaw and T’Challa’s personal histories to place it in the context of their lives. That’s a clever trick, and one that Coates pulls of beautifully.