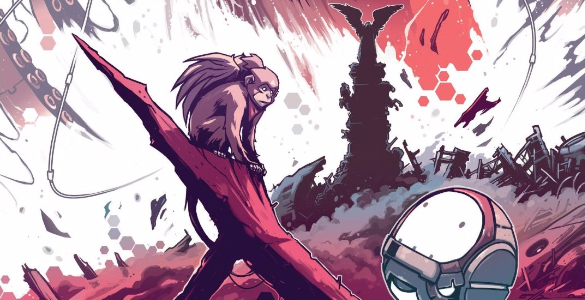 Once again, the cuddly appearance of the characters in Simon Spurrier and Caspar Wijngaard’s Angelic 2 belie their darker, more manipulative intentions. When we met the Mans at the end of the first issue, they seemed like friendly potential allies to young Qora. But like everyone else Qora has encountered, the Mans have ulterior motives — they think Qora holds the secrets to fully reviving their god, Ay, and they manipulate her into entering the toxic mists in hopes of learning more. Yes, they pair her with one of their own, but it’s one they find useless to their own society. The Mans have low expectations that Qora will find success, but what’s a dead Monk to them? 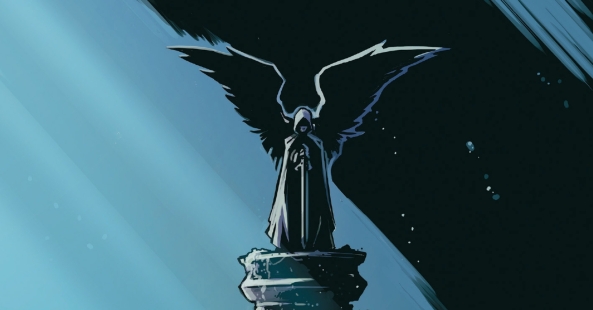 I keep coming back to the name of this book: Angelic. There’s plenty of angel imagery, from the Monks’ wings to the angel statue Qora and her companion find in the toxic ruins, and lots of talk of morality and Gods, but there’s very little good found in this world. Even Qora, our protagonist, is more pitiable in her ignorance than heroic. Morality is commonly personified as an angel and a devil perched on opposing shoulders, pushing and pulling characters towards themselves. In Angelic 2, there are no angels to help poor Qora, just two devils in thinly veiled disguises.