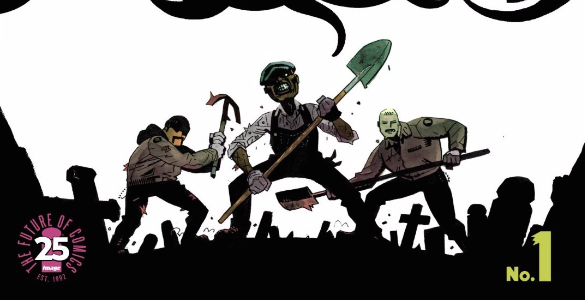 My name is Walter Hartwell White. I live at Albuquerque, New Mexico. To all law enforcement entitles, this is not an admission of guilt. I am speaking to my family now. Skyler you are the love of my life. I hope you know that. Walter, Junior you’re my big man. There are going to be some things things that you’ll come to learn about me in the next few days. I just want you to know that no no matter how it may look, I only had you in my heart. Good-bye.

What’s your favorite cold-open? Breaking Bad had some doozies, to be sure, but the most memorable almost all fall into the category of “flash forward,” usually dropping us into the climax (or aftermath) of the episode in question before winding back to explain how we got there. It’s an approach that’s understandably popular — why not open with the most exciting moment of the story? — but is far from the only option when kicking off a story. I personally am a bit more partial to the 2001: A Space Odyssey cold open, taking place millions of years ago, connected to the plot of the movie proper only by the thematic connections we can draw between them. That opening clearly appeals to Wes Craig, who kicks off Gravediggers Union 1 in a remarkably similar fashion.

Or, rather, it’s almost an exact opposite. Sure, it’s set “a long #%$% time ago” and features some ape-creatures with new ideas. But where 2001 rewards its innovating ape with food, safety, and power, the rebelling ape here is gruesomely dispatched by his brothers in arms.

It seems these violent apes aren’t entirely acting of their own volition, but like the apes in 2001, this story really isn’t about them, so we don’t stick around to see what their relationship is to the creepy alien thing that seems to hold dominion over them.

Instead, we skip to a world not unlike the present day, only vague existential dread has been replaced with literal horrors — ghosts, zombies, vampires, and the like. The broader meanings of this world remain to be seen — this is the first issue, mind — but it’s hard not to see the parallels when Cole, a longtime monster-fighter, or Gravedigger, attempts to break ranks with his union. It’s not clear that Cole will definitely be torn to shreds like that ape — he does at least have a few allies — but his local union rep didn’t seem that far off from wanting to tear him limb from limb.

The other key piece of the puzzle is that, unlike that cold open, which Craig drew himself, the rest of the issue is drawn by Toby Cypress. Along with colorist Niko Guardia, Cypress cultivates a truly unique aesthetic, with blocky shapes and swaths of colors falling somewhere between impressionism and modernist abstraction.

It’s a sharp contrast to the luridness of Craig’s opening, suggesting a distance between this world and “reality.” Though what is causing that distance remains a mystery. Is it the paranormal events that seem to be picking up in frequency? Is it the distraction of cell phones and 24 hour news? Is it those monsters from the cold open somehow keeping us bamboozled? This issue doesn’t commit to any of those, but seems poised to comment on any of them. It’s an unusual way to kick off a series, but it’s definitely an effective one.