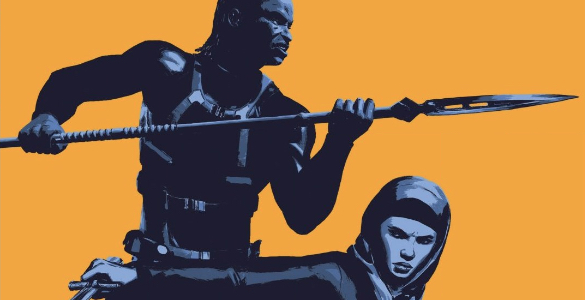 Alliances between families have been a major part of the strategies and warfare filling the last few months of Lazarus, but those alliances are always tenuous. Each family has no real loyalty except to themselves and to their own interests, making alliances fickle and betrayals commonplace. In Lazarus X+66 4, Greg Rucka, Eric Trautmann, and Alitha Martinez show how teamwork is vital to winning battles, and why the families’ self-interest isn’t always in their best interest.

The Meyers-Qasami and Nkosi families — allies of Carlyle, and frequent allies of each other as well — have been tasked with recovering the secrets of the Vassalovka family and hopefully finding a way to stop their monstrous Lazarus, the Zmey. The two families’ Lazarai, Alimah and Xolani, both receive similar commands as they take on the assignment, including the command to take down the other family’s Lazarus as soon as the mission is complete.

I suppose I’m no military strategist nor a selfish zillionaire, but I can’t see the benefits of this move outweighing the downsides — taking out another family’s Lazarus would give them a brief advantage, but would also destroy their alliance and put their side of the war on shaky ground, and if they end up losing the war or taking major causalities because of it, the damage would dwarf any benefits the loss of a Lazarus gained them. It’s not great strategy, as far as I can tell — it’s so selfish that it’s myopic.

I’m not sure whether Alimah and Xolani have given this side of the situation that much thought, but they certainly enjoy each others’ company, and they certainly understand the value of teamwork. 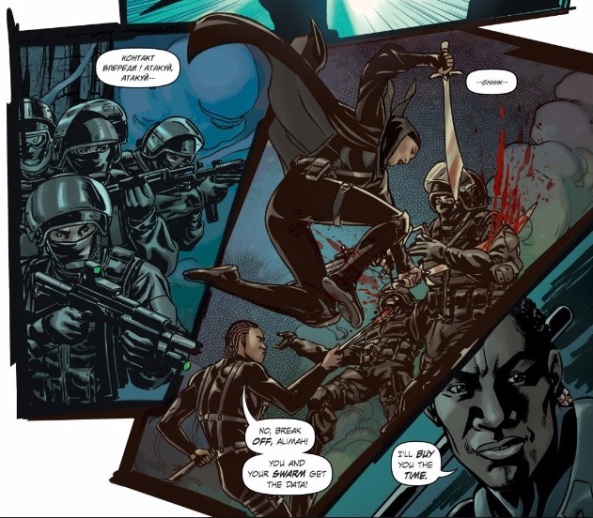 Neither Alimah nor Xolani could have fulfilled this mission alone — they needed each other to succeed. I think their decisions to spare each other are based more off of mutual fondness and respect, but the strength each lends the other certainly plays a part in it as well. Learning the kind of power a true alliance can provide is a realization their families would certainly benefit from, but one I doubt any of the leaders in the world of Lazarus could ever really internalize.