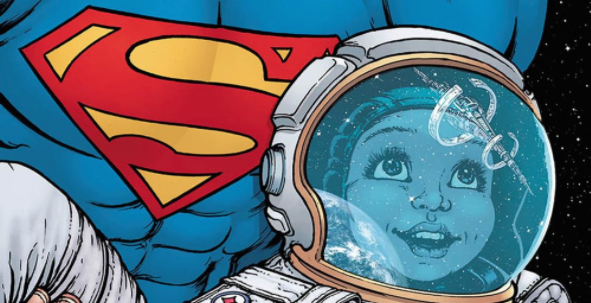 With DC’s recent announcement that The Man of Steel will be regaining his red trunks, it looks like they’re embracing the the classic Superman of yore. Another example is Superman 39, which centers around Superman spending the day with young cancer patients. If that’s not golden age wholesome, then I don’t know what is.

Pete Tomasi and Patrick Gleason don’t want us to mistake old-fashioned for hokey however. The issue opens with a Superman “fighting”  the construction-themed Demolition Team. 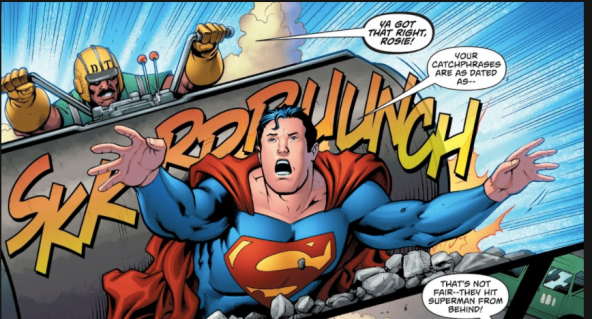 Having Superman point out their inherent lameness and dated one-liners makes him seem a little hipper by comparison.

After he makes short work out of The Demolition Team, Supes surprises the Children’s Cancer Center of Metropolis with a trip to the Justice League satellite. They fly to the stars in a spaceship construct made from Green Lantern’s ring, which kind of terrifies me. 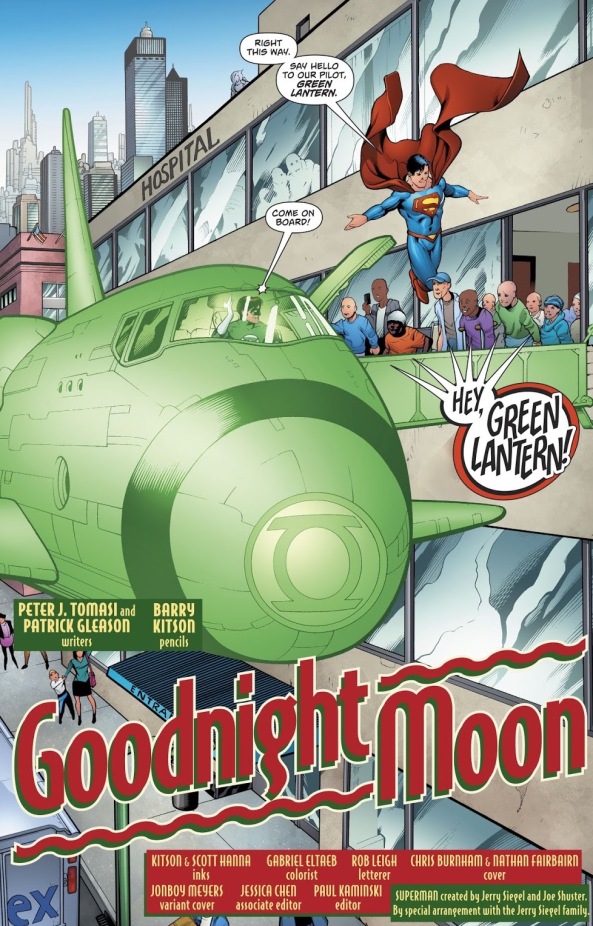 What if Hal looses his concentration and the ship depressurizes?? I hope they signed official Justice League waivers.

No one else could make a Justice League scavenger hunt enjoyable besides Superman — who acts like the best big brother these kids never had. Again, the logistics of this adventure make no sense — did Bruce Wayne buy all of those smartphones? Do the kids get to keep them? But the point is Superman is being super in a way that doesn’t involve heat vision or super punches. 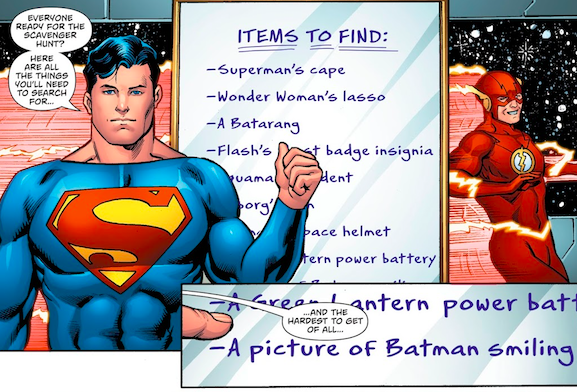 Overall, Superman 39 is an enjoyable one-off, but Barry Kitson’s art just doesn’t do it for me. That’s the beauty of comics: if the art doesn’t carry the words then the message is less effective. Kitson feels like a fill-in artist while Gleason or Doug Mahnke is working on a future Superman arc that is more vital. Weak visuals take the sentimentality that Gleason and Tomasi are going for and make Superman 39 feel a little more after school special-y because of it.