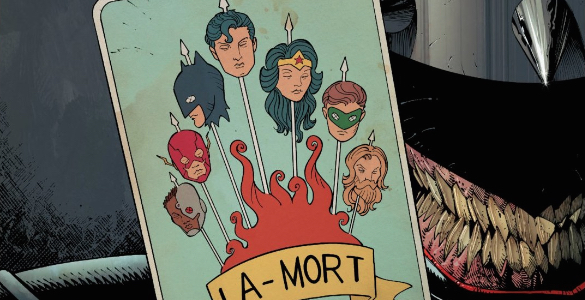 The difference between good action movie sequences and bad ones comes down to editing. A lot of quick cuts and different camera angles is a clear tell of a bad action sequence and leaves you confused as to what is actually happening in the fight. Dark Nights: Metal 5 is a lot like that. As readers we have been stuck in this nightmare world for so long that I can’t remember what the stakes are or really care about them.

With five issues —  and too many tie-ins to count — Metal has been toiling in Barbatos’ upside down world for quite some time now. The heroes have been defeated multiple times, the Hawks are evil and Batman is all wrinkly and old. But apparently things can still get worse? 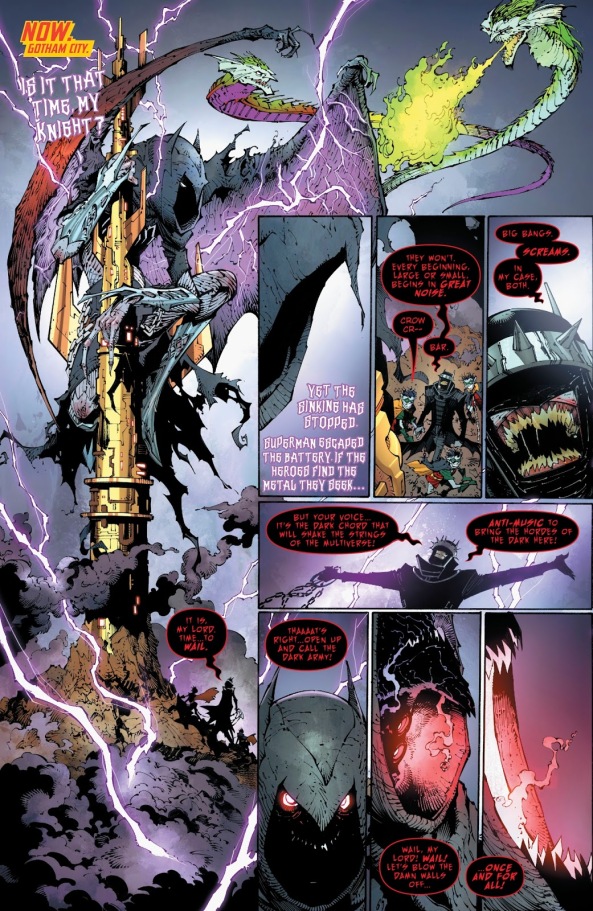 After the whole multiverse has gone to hell, you’d think there’s nowhere else to go — I guess hell has a basement though. And that basement has a basement. I don’t mean to be glib, but this story has lost me for the most part. I’m not feeling the emotion or the stakes that Scott Snyder is intending.

That being said, are there some fun moments and cool visuals in this issue? Absolutely. At the very least, Greg Capullo is having a lot of fun with the epic nature of Metal. Wonder Woman punching Hawkgirl with her lasso of truth is a great image that I’m almost positive has never been done before. 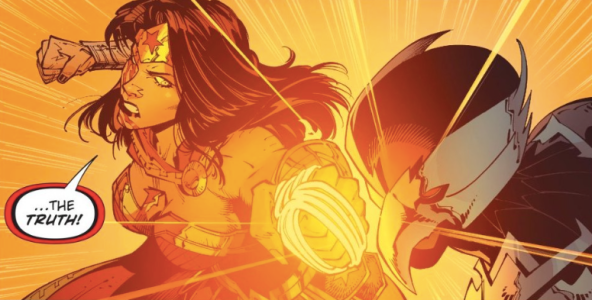 Green Lantern has a humorous — and somewhat disturbing — fixation on finding asses to kick. We are also given an updated, Metal-infused origin for Plastic Man. If at the end of the day all that Metal really gives us is the return of the Hawks and Plastic Man, I guess that’s fine. Metal was posed as a “rock opera” but really it’s just become a lot of noise.

One comment on “Dark Nights: Metal 5 Is Lost In Its Own Cacophony”