When you’re one issue away from the grand finale, it’s time to tie up a whole bunch of loose ends. Green Arrow 37 does a lot of wrapping up for several of the series’ supporting cast. At times, that makes the issue feel a little cluttered, but with Oliver’s big court date looming next issue, it makes sense to settle these plot points now.

The issue opens with Oliver mourning the loss of his recently “dead” sister Emiko. Percy didn’t create the character but he certainly put her a heroic path modeled after Ollie. The death of Emiko serves as a moment of reflection that brings Rebirth Green Arrow full circle. 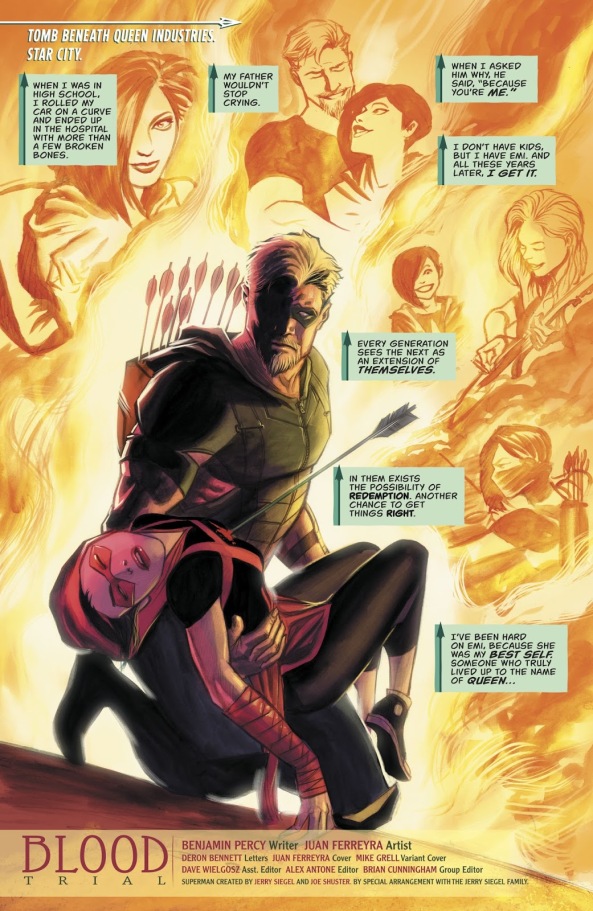 Oliver sees himself in Emi, and her death might symbolize that all of the work that he has been doing has been for nothing. But of course she’s not dead, because comics!

Another comic trope is played out with the resolution of Moira Queen’s betrayal. Following Emiko’s brief encounter with death, Oliver steps aside in the book, making way for characters like Moira and Shado to settle their feuds. Did we ever think that a fight between these two women was going to be evenly matched? After Shado gets a few digs in, the two fall to their “deaths.” They’ll be back, of course.

It was a nice touch to have Black Canary try to save Oliver’s mom, I’m gonna miss Percy’s take on Dinah. Juan E. Ferreyra’s depiction of her sonic scream, too.

The story threads that stray away from the direct problems of the Queen family seem less essential, however. Diggle does some ex machina heroing and Kate Spencer awesomely stabs the dirty cop in the brain, but really those points make Green Arrow 37 less coherent. It’s not all bad though, we are gonna get to see Oliver stand trial in an all green suit after all. 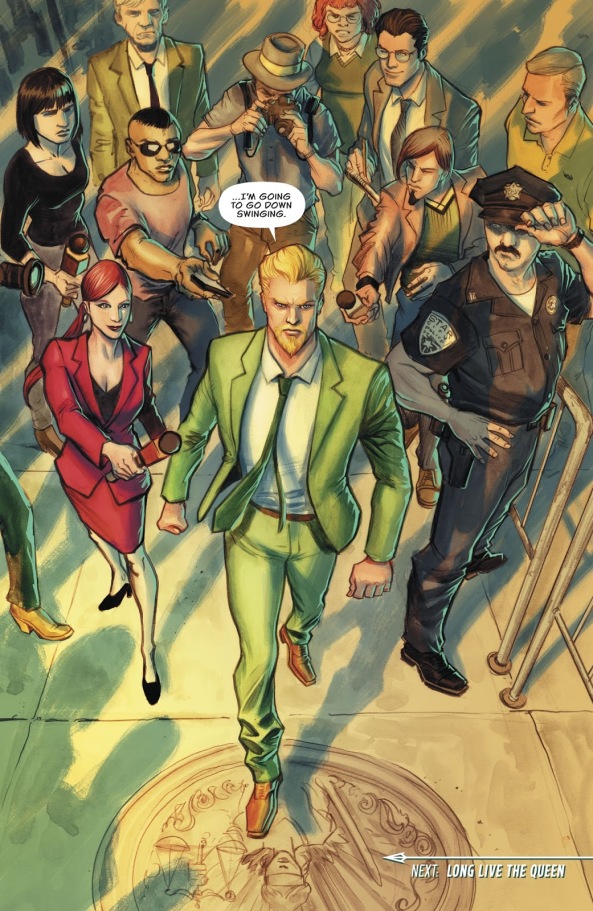