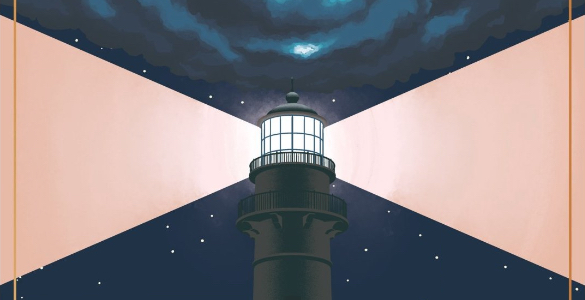 The difference between “high” and “low” art has always seemed rather arbitrary and elitist to me, but that hasn’t stopped debates about the two from raging in one way or another for centuries. That conflict is the heart of The Wicked + The Divine 1923AD, manifesting both in the actual plot and in the format in which Kieron Gillen chooses to tell his story, a tale and a format that can really only serve as celebrations of all kinds of art: “high,” “low,” or otherwise.

This dense special essentially serves as an Agatha Christie-esque murder mystery, where the entire 1923 Pantheon finds themselves being offed one-by-one on Lucifer’s isolated island. The culprits are eventually revealed to be elitist snobs Baal and Set, looking to use the power of their sacrifices to shape the future of all art to their whims — and, in the process, destroy much of the world’s population.

Set and Baal especially hate Susanoo and Amaterasu, dismissing their performances as “vaudeville” and low art, and enraged by the public’s embrace of their art. Susanoo and his clique want everybody to be able to enjoy art, to create art, to find happiness, while Set and Baal don’t even believe that most people can feel emotions at all, and that their plebeian sensibilities will ruin all art.

Gillen calls Baal “elitist” right in the role-call, and it’s notable how much discrimination trickles down into his and Set’s worldview. Baal is more than a little racist, believing that some races are simply incapable of making great art, and his cohort Woden was explicitly a Nazi enthusiast. In modern day comic book circles their behavior would be called “gatekeeping,” and it’s something likewise born of prejudice, stereotypes, and hatred — and it’s likewise something that needs to be fought against at all costs.

In telling this story, Gillen combines long segments of prose (designed to look like an old-fashioned novel, generally considered “high” art) with more traditional comic sequences illustrated by Aud Koch. Comics are often thought of as “low” art, but Gillen and Koch don’t stop there; the illustrated sequences are also designed to look like silent movies, an artform Baal specifically mocks at one point. Baal and Set would find this mish-mash of so-called “high” and “low” arts positively sacrilegious, making the very format of this issue itself a rebuke to their pomposity.

Gillen and Koch don’t stop there, though.

While Baal and Set’s plan is revealed in prose, they’re defeated in a comic sequence. Moreover, they’re defeated by one of Amaterasu’s hard-light holograms, by what essentially amounts to a movie brought to life — she even creates a train, a common subject in early films of the era. Destroyed by the very art they so despise — it’s a fitting end for Baal and Set, and one which again highlights the power of all art.