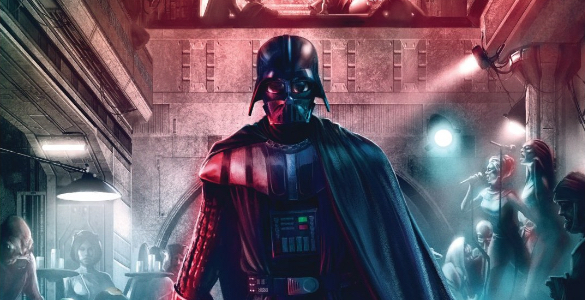 In the modern Star Wars era, Darth Vader is like the Freddy Krueger of the greater universe — ostensibly a villain, but really the one everyone is rooting for. Charles Soule and Giuseppe Camuncoli’s Darth Vader 11 leans into Vader’s anti-hero persona by reversing the usual Vader story and turning him into the prey.

Vader and ex-Jedi-turned-Inquisitor Ninth Sister have made their way to the Star Wars equivalent of a turnpike diner investigating reports that a Jedi was recently sighted in the vicinity. But it’s a set-up; someone has put a bounty on Vader’s head and seeded the false report to lure him into a trap. Turning the tables on Vader like this is a cool idea, but this is clearly just a prologue to the central mystery of the arc — who ordered the hit on Vader? — and an issue like this requires interesting details to make it memorable. 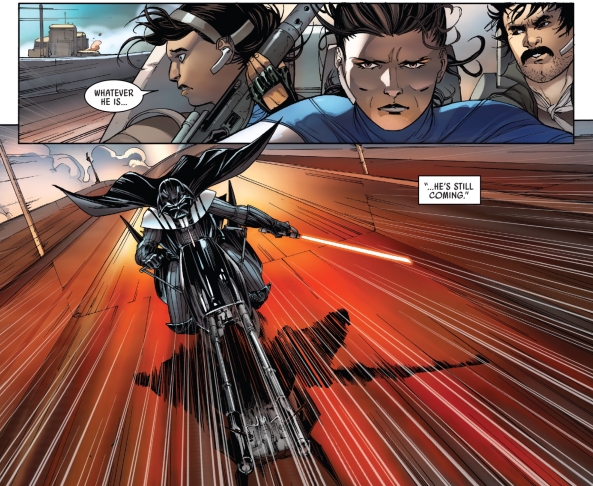 And if there’s a weakness to the issue, it’s that the bounty hunters sent after Vader just aren’t very interesting. They’re literally just humans. Star Wars has a history of awesome bounty hunters — Boba Fett, Zam Wesell, IG-88, Bossk, to name only a few — and the bounty hunter family of Darth Vader 11 just doesn’t cut it visually. Since we know Vader isn’t going to be brought down, the other elements of the issue require additional flair to keep things interesting. Here’s an opportunity for Camuncoli to go wild, and with so little story in the issue and so much focus on the hunters, having that little extra bit of visual style would have elevated the drama.

One comment on “The Hunter Becomes The Hunted In Star Wars: Darth Vader 11”