Proteus is back from the dead after X (the maybe returned Professor Xavier in Fantomex’s body) tried to stop the Shadow King’s attack on London only to see it backfire and release the “mindkiller apocalypse.” X quickly sets to work trying to stop Proteus right away and with Psylocke’s helps enters the green one’s mind.

There, they are confronted by Proteus in his human form who explains to them that he’s been treated poorly since he was a kid. That doesn’t stop X from trying to kill Proteus but this action backfires spectacularly as it results in his and Psylocke’s bodies melding together in the physical realm. If that sounds weird and horrifying, believe me, it is. 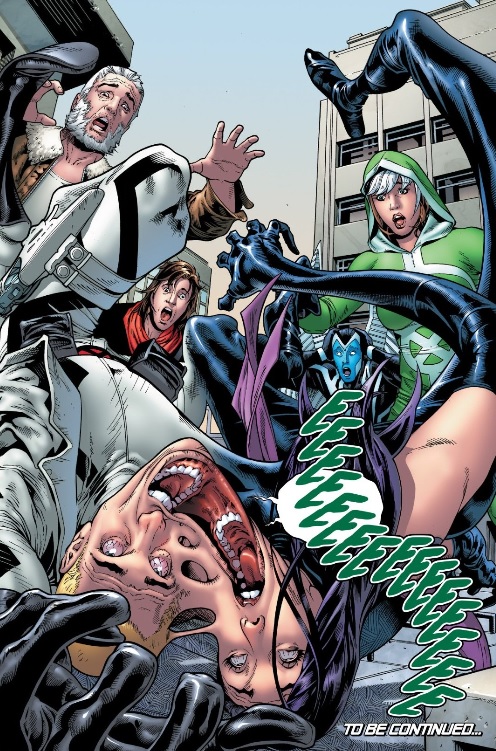 Just as in The Thing, the melding of living, organic material together is disgusting and horrific in an oddly satisfying way. Paulo Siqueira spares no expense in communicating how awful the joining of X and Psylocke’s bodies is. He makes sure to prominently shows us their faces conjoined at the jaw as a way to do this. People are conditioned from birth to empathize with human faces so it makes sense that seeing it distorted in such an awful way would evoke a strong emotion. Siqueira knows this and uses it to elicit the feeling he’s going for in this panel.

Even though the rest of this issue really is only so-so, the ending alone almost makes the whole thing worth it. With such a horrific ending, I’m very curious to find out what happens to the X-Men next month.