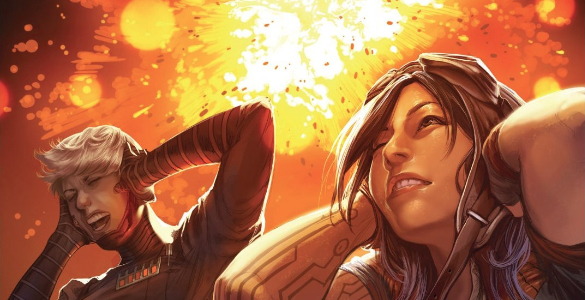 We talk a lot today about representation in pop culture. People who are not straight white men yearn to see a reflection of themselves, on the big screen or otherwise. As this representation increases, so does the opportunity for a more nuanced reflection. Star Wars: Doctor Aphra 17 presents such an opportunity in the relationship between Aphra and Magna Tolvan.

Over the past few issues Kieron Gillen and Si Spurrier have had Aphra and Tolvan cross paths in several humorous romantic encounters. In each there’s a moment where the two women lose control and get caught up in their attraction to one another. The moment fades when they come down back to reality and realize they are at odds. It’s a more complex exploration of same-sex romance than love at first sight.

Tolvan wants to bring Aphra back to the Empire for all the trouble she’s caused but Aphra tries to convince Tolvan that she’s not all “black and white.” As much as we love to celebrate Han Solo as the ultimate galactic ne’er-do-well, his shades of grey tended to be more white than black. Aphra, on the other hand, will take advantage of anyone and everyone on both sides of the Galactic Civil War. 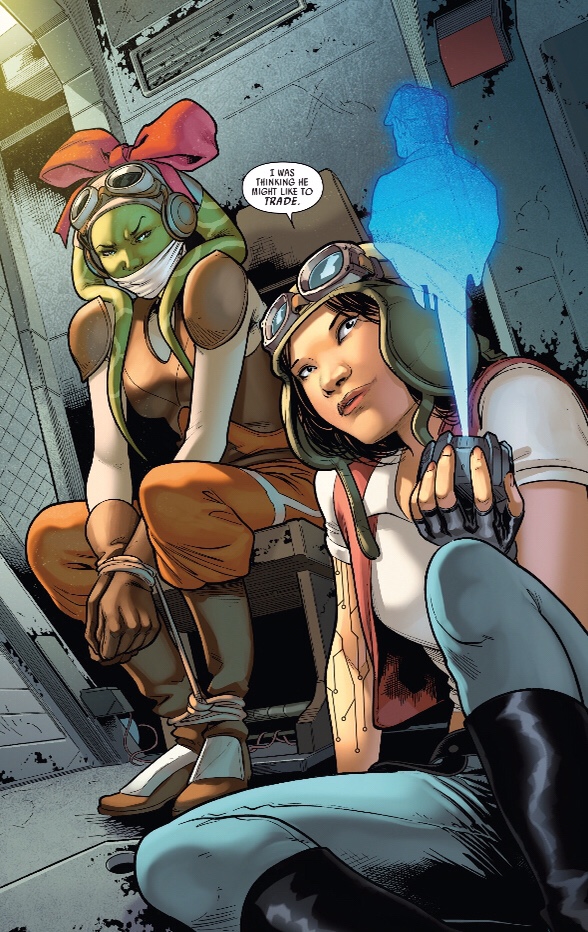 She is willing to sell Rebel leader Hera Syndulla to the Empire in order to ultimately free herself from her indentured servitude to homicidal protocol droid Triple Zero.

Only the Star Wars comic books have made a believable attempt at meshing the worlds established in the original trilogy, prequels and animated series. It’s a nice touch that Emilio Laiso throws in a Trade Federation ship as a Rebel training school. That kind of “recycling” fits in completely with the “lived-in” universe that George Lucas introduced in 1977.