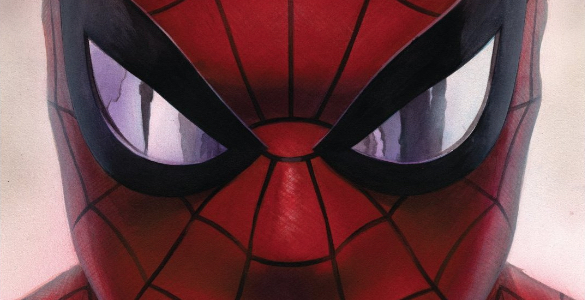 There’s a concept in psychology of the “repetition compulsion,” which essentially lays out a kind of self-fulfilling prophecy for our neuroses. A straightforward (and non-pathological) example would be an introvert avoiding big crowds, which in turn prevents them from developing comfort around (or at least strategies to cope with) big crowds, which in turn encourages them to avoid big crowds, but this phenomenon can be seen operating at everything from our smallest habits to our biggest problems. Lest this sound too fatalistic, those cycles of repetition can be broken, but my actual point in bringing them up is just to emphasize how cyclical our lives can be — even when embarking on a new adventure, our old habits may force them to resemble our old adventures. Such has long been the case of superheroes, whose new adventures are in part only marketable because people liked the old adventures, so leaning into those repetition compulsions (even the destructive ones) is a logical choice.

Writer Dan Slott has always managed to keep a remarkable balance between the old and the new, repeating enough to keep his characters recognizable, but changing enough to keep the stories exciting, largely by changing the big patterns (Pete’s job, relationship status, identity, etc) but holding onto the small ones (Pete’s talkativeness, bad luck, sense of responsibility, etc). But with issue 796, Slott and co-writer Christos Gage begin folding some of those larger repetitions back into the mix, suggesting that Slott might just be putting the toys back in place as he hands over the reigns of the series he’s been writing for over a decade.

This issue feels like classic Spider-Man — as Slott’s ASM often does — keeping a street-level focus, touching on both of Pete’s identities, and featuring a fun team-up. Moreover, it sets up the return of elements that Slott has withheld over the past months and years. Namely: the Green Goblin and the Peter/MJ romance. And lest I make those “returns” sound too repetitive, there are obvious asterisks that make them different from what we’ve known before — Norman Osborne is now fused with the Carnage, and MJ is now running a major tech corporation — but both feel like real returns, even as Slott and Gage lean into their subversion.

My favorite subversion has to be when Pete tries to lay a “face it, Tiger” line on MJ: 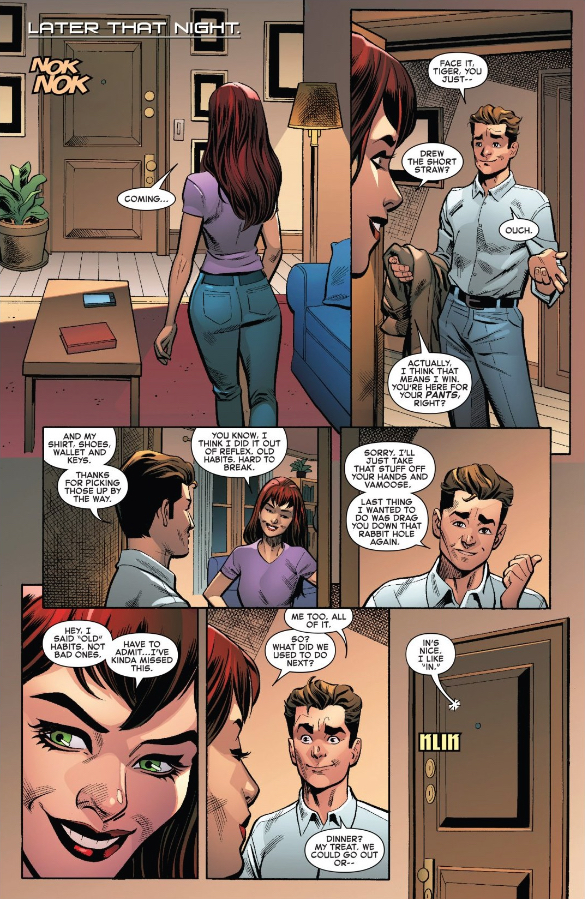 But what really works about this scene is that they recognize the pattern. It’s an “old” habit, if not necessarily a bad one. It’s familiar and comfortable and maybe even a bit fan-service-y, but it also makes sense — on again/off again relationships are a very real thing, and their familiarity and comfort are a big part of why. Of course, the same repetition compulsion that drives them together will likely be the thing that eventually drives them apart, but that only makes every step of the journey all the more human and relatable.

“Human” and “relatable” might not describe Norman’s team-up/transformation as easily, but there’s still something understandable about his desperation to return to his past life. It’s an interesting backway into a return, complicating it with Carnage, promising a different kind of conflict than we might have expected from such a storied character. It promises that same mix of old and new, but with a formula that feels totally fresh.