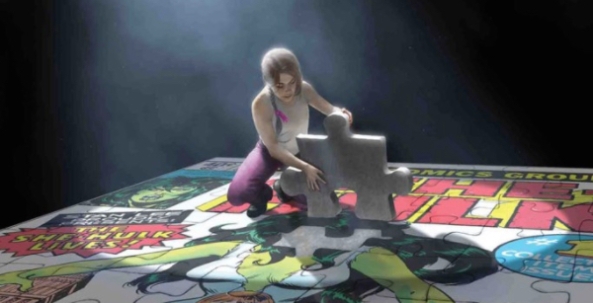 Last month’s installment of She-Hulk was a beautiful way to wrap up the many issues Jen’s been dealing with throughout writer Mariko Tamaki’s run, but those resolutions came at an unrealistic, breakneck speed. It’s nice, then, that She-Hulk 163 finds Tamaki and artist Diego Olortegui slowing down again, allowing this run’s finale to be the kind of simple, low-key resolution that fits the more realistic tale of trauma and recovery Tamaki’s been telling ever since Civil War II.

Jen’s therapy session may have made her green again, may have resolved many of her issues, but Jen still isn’t back to “normal” — and that may be the most realistic aspect of this entire run. Jen’s ostensibly reached her goal of recovery, but that doesn’t mean she’ll be the exact same person she was before her accident, and I think the idea of that scares Jen. She’s uncertain as the issue opens, unsure of whether she should be green full-time again or even if she’s been handling her cases properly after a high-profile loss. She’s tackled her trauma head-on and walked away victorious, but real life is a different story, a constant challenge that requires constant courage. I think that’s why she admires Burn — the first mutant to ever win a school election, and the young woman whom Jen is looking after while her mother is in prison — so much. Burn has to deal with a world that hates her, with constant challenges, but faces them with courage and aplomb.

When Burn’s prom is attacked by anti-mutant terrorists, it’s a chance for Jen (and Hellcat!) to leap into action, and to eventually stop Burn from attacking the man who put her mother in jail. Jen outright admits that Burn gives her hope for the future, and leaping back into action and seeing Burn’s bravery seems to have a profound, yet understated, effect on Jen. 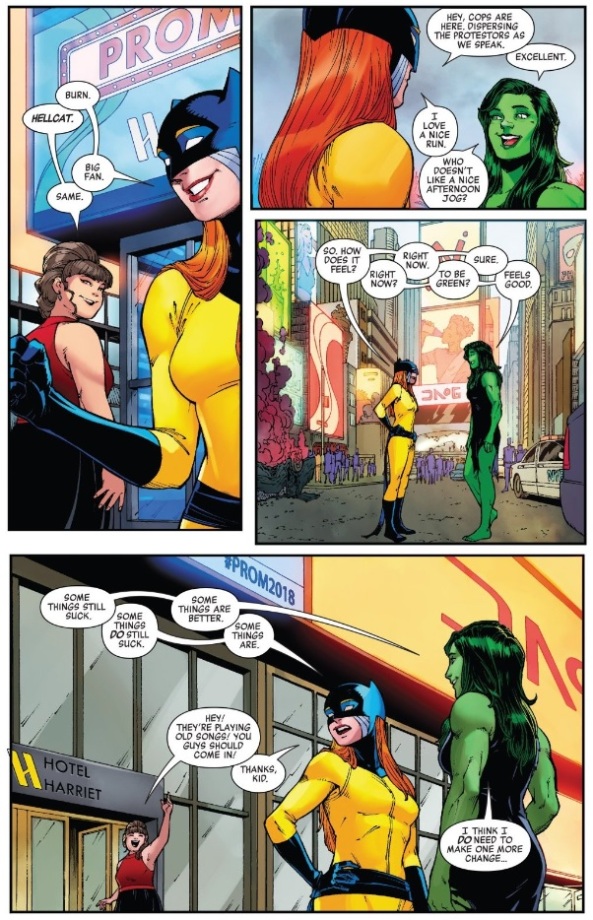