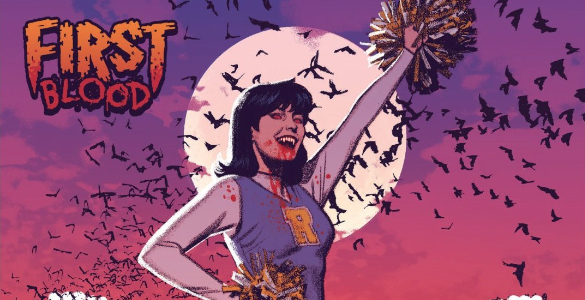 Stop me if you’ve heard this one before: a teenage girl battles (slays, if you will) vampires in her suburban hometown. The connections between Vampironica and Buffy the Vampire Slayer are myriad (honestly, if you asked me which takes place in “Sunnydale” and which in “Riverdale,” I’d get it wrong 50% of the time), but clearly intentional. Indeed, writers Meg and Greg Smallwood revel in the Buffy-ness of their opening, introducing Veronica Lodge as a vampire-slaying badass, bringing her own stakes to rescue some typically teen partygoers from some marauding ghouls. But there’s a twist (albeit one that features prominently on the cover and gives this series its name): Veronica is a vampire.

Granted, it’s a twist that simply draws parallels to other stories where vampires fight vampires, from Buffy to Blade to Twilight, but it’s still a hoot. Part of what makes it so fun is how perfectly suited Smallwood’s art is for this story, finding a happy medium between teen romance and gothic pulp. Of course, it helps that Smallwood is such a fantastic visual storyteller. Just look at this page: 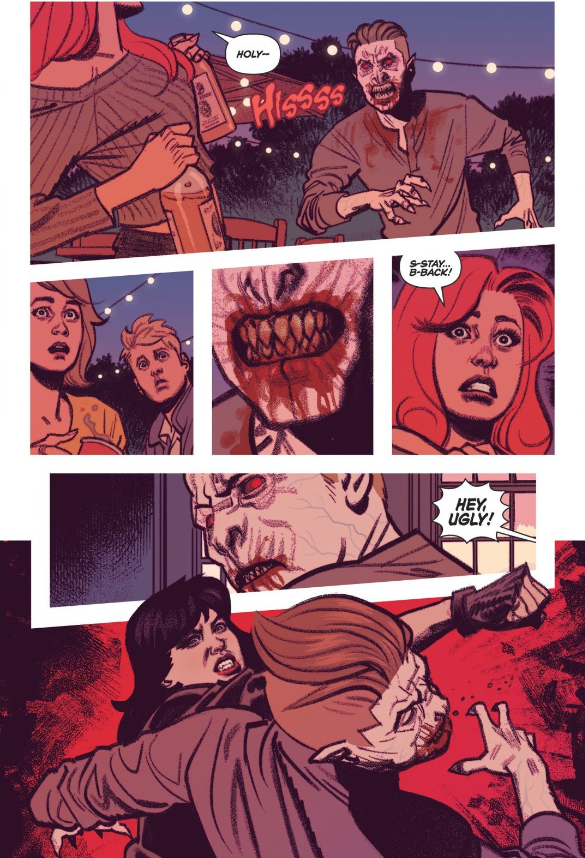 The composition of that first panel is brilliant — everything points to that vampire, whose eyeline subsequently directs us down to the next row. And that next row is also pretty great, built around that central image of the bloody mouth that the characters on either side of it are reacting to. But my favorite bit has to be those last two panels. The monster starts to turn around at the sound of an offscreen “HEY, UGLY!” before getting walloped by a punch so strong, it busts right out of its panel (and smartly directs our eye back up to the top of the next page). Everything is smooth and intuitive, making for a propulsive, visceral action sequence.

Unfortunately, much of that momentum is lost as the issue winds the clock back to tell us how Veronica became a vampire-hunting vampire in the first place. The visuals are still fantastic, and both Smallwoods have a clear command over these characters’ voices, but it’s the one time the issue feels obvious, for all of its homages. She was bitten by a vampire and now fights them — it’s all stuff that was made perfectly obvious from that opening sequence, and could have been summed up a whole lot quicker. Fortunately, I can’t see that being a problem going forward — now that we’ve got those rote beats out of the way, we can get back to more vampires-in-Riverdale action!