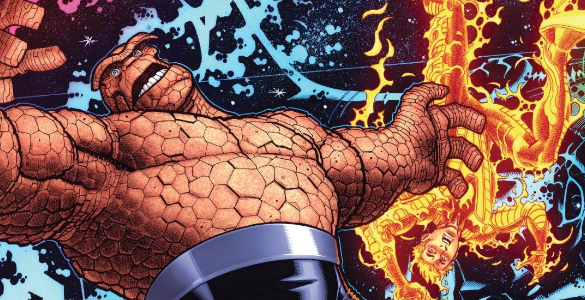 There are times deep in the night, and always at night, where I am plagued by existential fears. It’s the curse of the modern age, I guess, knowing about problems that are too great for any one single human to do anything about. Climate change, the meaning of life in a godless universe, and death (just to name a few) frequently wrack my brain. Of course, this is to say nothing of the eventual heat death of the universe, which, while possibly a googol years away, still worries me because it basically means the end of anything living (as we know it) in the entire universe. That’s sad and troubling! This fear of nothing being left is hard to fathom, but it’s made easier when it happens all at once, as in Marvel Two-In-One 4.

Johnny Storm and the Thing have traveled to a parallel dimension in the hopes of finding the missing (read: dead) Reed Richards. They find him, except it’s not their Reed, but the one belonging to the universe they are visiting. This Reed is plagued by some dilemma that troubles him and which has consumed his entire life. When Johnny and Ben ask Alternate-Universe-Beast what this is all about, he relates the story of how Dr. Doom basically became Galactus and thereby ate everything in the universe except for Earth. 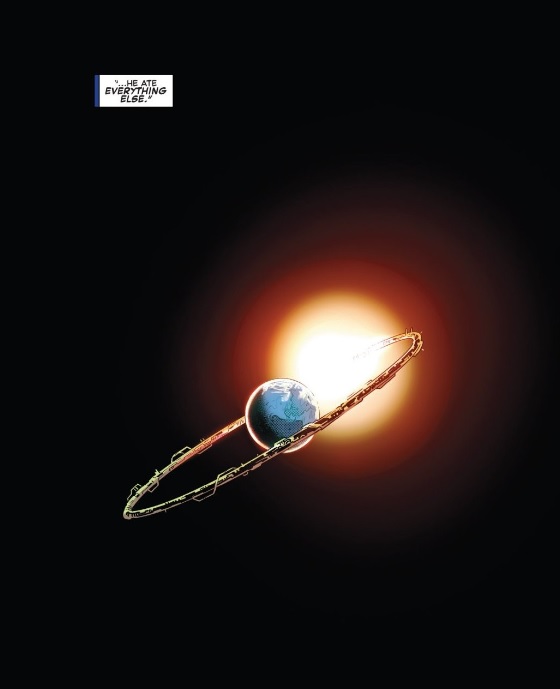 That’s a terrifying image that speaks to my worst existential fears. While we humans are certainly alone in the galaxy as things currently stand, it’s comforting to know that life may exist somewhere in the universe. In these troubling times, that’s reassuring. However, as Valerio Schiti wonderfully illustrates, a universe devoid of everything except Earth is terrifying. Being so alone in the universe, even if the entire planet remains, is a particularly scary idea. Maybe that speaks just to the things which keep me up at night, but my guess is it’s something that truly frightens this creative team as well.