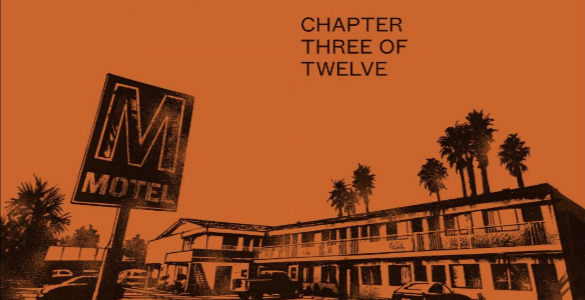 Drew: The heuristic we use for optimism and pessimism — whether a glass is seen as half full or half empty — focuses on the language we use to frame a description. But that’s not necessarily the difference between an optimist and a pessimist. If we could construct some kind of neutral description of an amount of water in a glass, you could still have disagreement about whether that is good or bad, whether it will improve or get worse, and what exactly caused this state in the first place. Moreover, in this day and age, you might have people disagreeing about the facts of how much water is in the glass at all. These are the distinctions Aleš Kot and Danijel Žeželj make between Amanda and Xing’s accounts of their relationship in Days of Hate 3.

It’s a Roshomon-like account of ostensibly the same events, but the takeaways are profoundly different. We first hear Amanda’s version, which Kot and Žeželj treat thusly: 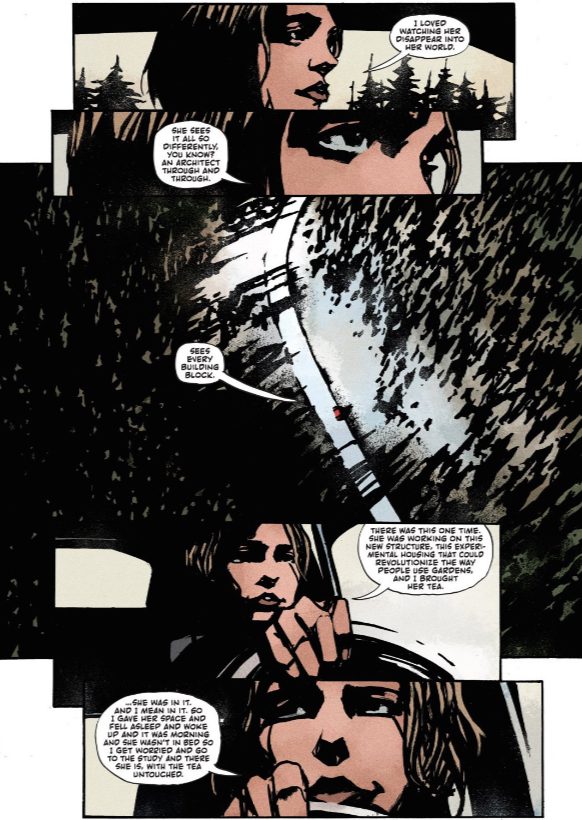 In the context of the scene, this doesn’t seem suspicious at all. She and her partner are trading stories about their lives before, and the focus on her face seems plenty revealing about her values. We don’t have any reason to doubt her telling of the story.

Only, when Xing tells that same story to Freeman a few pages later, Kot and Žeželj accompany her version with images of the scene:

Does that suggest that this telling is more accurate? Perhaps Xing is just a more evocative storyteller, or perhaps she’s trying that much harder to construct the reality to bamboozle Freeman. We can’t know, but the distinction between these two stories suggests that these characters live in profoundly different realities. And Xing’s explanation for this, that Amanda was a deluded abuser with a martyr complex, certainly ties that up with an easy bow. But again, she may just be telling Freeman what he wants to hear.

I may have my suspicions about Xing’s reliability as a narrator, but for now, it’s enough to be struck at the nuances between these two versions of reality. Because neither one is offering a rosy outlook. Both women are deeply pessimistic — Amanda’s story ends with a beat of silence followed by “time destroys everything,” and Xing’s suggests that even these moments of bliss were tainted by the abusive nature of their relationship — but they place the blame in decidedly different places. Amanda blames “time” in her account, though her actions find her holding fascists’ feet to the flames, and Xing blames herself, though Amanda might reasonably bear more guilt. Together, they suggest that how we see the glass doesn’t matter quite as much as our explanations for why the glass is as full as it is. These are subtle points for a series to be getting at in its third issue, but they’re handled beautifully here, calling into question everything these characters say, even as their words reveal volumes about who they are.