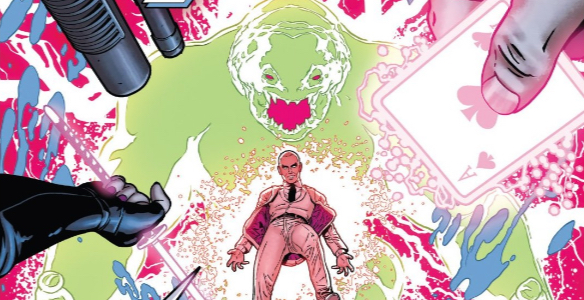 Much has been made about how the internet and e-books are killing the printed word. Even though that’s a bit hyperbolic, it is true that more and more people are reading books on an electronic device. This same trend holds true in the world of comic books, where sites such as Comixology have cut into the traditional printed market. I myself prefer to read comic books on my iPad these days, and as I do so, I sometimes wonder how this change in medium might be affecting the way comics are made and published. With that in mind, I couldn’t help but consider Astonishing X-Men 10 an interesting case study in the way electronic formats might be alternating the way comic book artists produce their craft.

A large portion of this issues pages are double page spreads. It’s interesting to note that on Comixology this issue is listed as being only 16 pages long because so many of its single pages are combined to form a double page spread. Some of these spreads are more along the the lines of traditional spreads, as we see here. 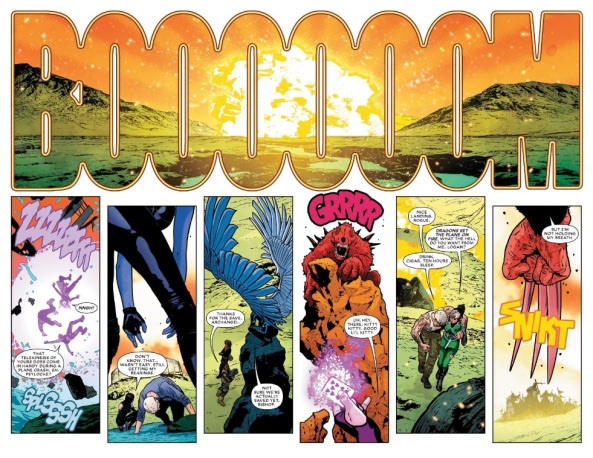 Artist ACO keeps the two pages fairly symmetrical, being sure that panels are evenly distributed on both pages. If read in a traditional comic book, this would still be an easy page to read given the way it’s split up — the page break would nicely between panels allowing readers to still understand everything clearly.

This isn’t the case in a lot of the full page spreads in the issue however. Take, for instance, this spread featuring Wolverine leaping into battle. 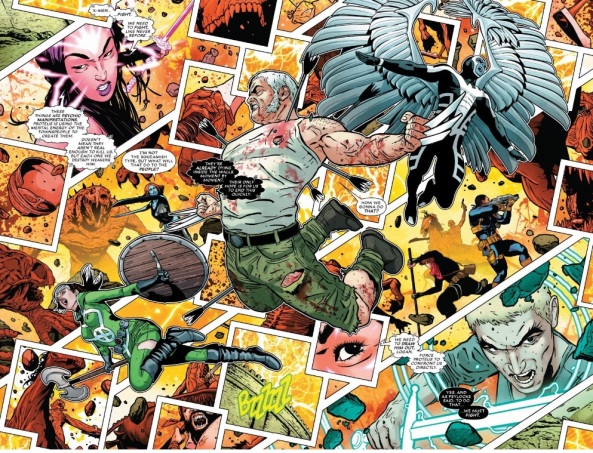 Logan in positioned squarely in the middle of the page. If read online, this is striking because he’s rightfully the first thing our eye is drawn to on the page. However, if read in a physical comic book he would have his left arm and legs cut off by the page break. Additionally, this page break would fall square in the middle of the panel featuring Rogue’s eye. With this panel being so small, that could significantly affect someone’s ability to read it.

The point is, ACO has drawn several spreads in this issue that simply look better when read electronically. Now, I’m not saying that some of the things ACO does here are new in any way. Artists have been positioning characters in the middle of full spreads for a long time. But, the fact that so many of their pages read better on a computer make me wonder if this comic was drawn with the knowledge that it will be read electronically. Obviously that’s impossible to know without asking ACO, but nonetheless it has me wondering about the future of comics and whether how we read them will influence how they are created in the coming years.