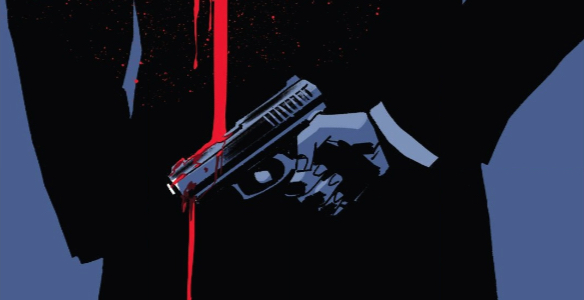 We all know what happens when James Bond meets a beautiful woman. It’s one of the most (in?)famous aspects of the franchise, and it’s an assumption creators Ales Kot and Eoin Marron clearly lean into when their injured Bond runs into a woman named Moira early in James Bond: The Body 4. Even Bond himself, if only momentarily, thinks he knows exactly how things are going to play out. 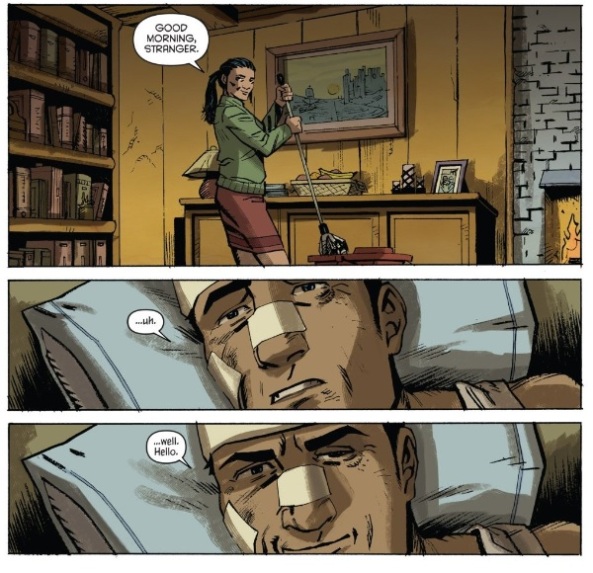 It never happens. Moira isn’t a conquest; she’s a complicated woman with her own desires and internal life that Bond can barely begin to fathom. That’s really the idea behind this entire issue: James Bond is a professional who thinks he understands how the world works, but control is far more elusive than he ever truly realized.

The story finds Bond on the run from an assassin whose plans he foiled from afar by alerting authorities, per M’s instructions. Somehow the assassin escapes, discovers Bond’s involvement, and tracks him down, wounding him and chasing him into the forest, where Moira eventually finds him, unconscious and bleeding out. Bond blames the fact that he didn’t personally handle the assassin for his predicament, calling it an issue of control, but Bond ultimately has no control over the end of the conflict either. Moira kills the assassin herself while Bond is asleep; we never even see the assassin after Bond reaches Moira’s cabin, outside of a shot of the bag his dead body is wrapped in.

The issue ends with Bond declaring that he has no idea what control is. It’s a statement prompted by his complete uselessness in resolving this conflict, but likely even moreso by Moira herself. She’s beyond Bond’s understanding, someone who constantly calls out him out and shuts him down whenever he thinks he has the upper-hand, whether it be in planning their attack on the assassin or even simply thoughts of what to do next, still simmering in Bond’s head, likely not even fully known to Bond but fully understood by Moira. 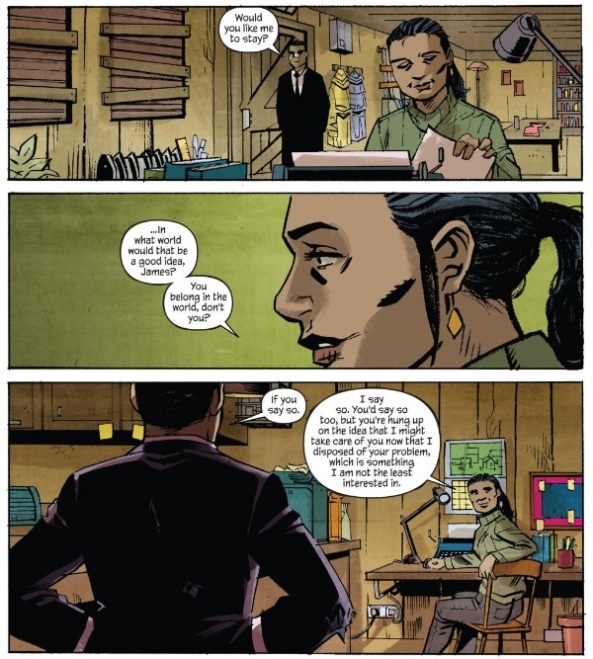 It’s easy to see why Bond would be intrigued by Moira. In the movies, or even in the hands of a less sophisticated creative team, they would have no doubt hooked up. Instead, though, Moira just leaves Bond baffled, and perhaps the readers a bit as well. I’ll admit that I don’t fully understand the backstory Moira gives us — what exactly broke up her and her love? — and understanding her quasi-suicidal idealization isn’t something that can be done in 20 pages. But so much of Bond’s life, so many of his adventures, are black-and-white, that it’s intriguing to see Bond out of his element, in a situation he doesn’t fully understand and can’t get a grip on. As fun as the idea is for an one-shot issue, I’m eager to see how, or if, it affects his handling of this case as the series moves forward.