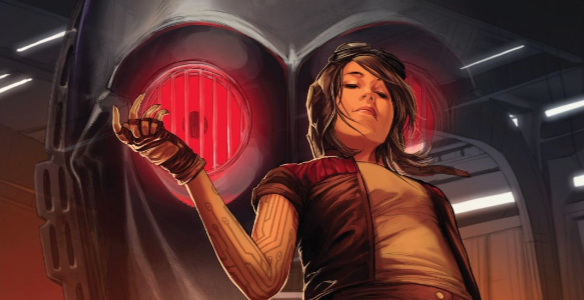 It’s often said that “villains are the heroes of their own story.” The most compelling villains are the ones that have a motivation behind their menace other than being evil. There is a gray area between “hero of their own story” and evil maniac however — a place that Doctor Aphra has resided in ever since Kieron Gillen created her. Star Wars: Doctor Aphra 19 suggests that despite her coy demeanor, Aphra might not be so morally ambivalent after all.

Aphra’s adventure has come to an end, she has secured her “master” Triple Zero’s memory disk and she even gets to have a semi-happy ending with Imperial Officer Magna Tolva. When she delivers the memory disk to Triple-Zero however, the maniacal droid shares some insight into Aphra’s mind. 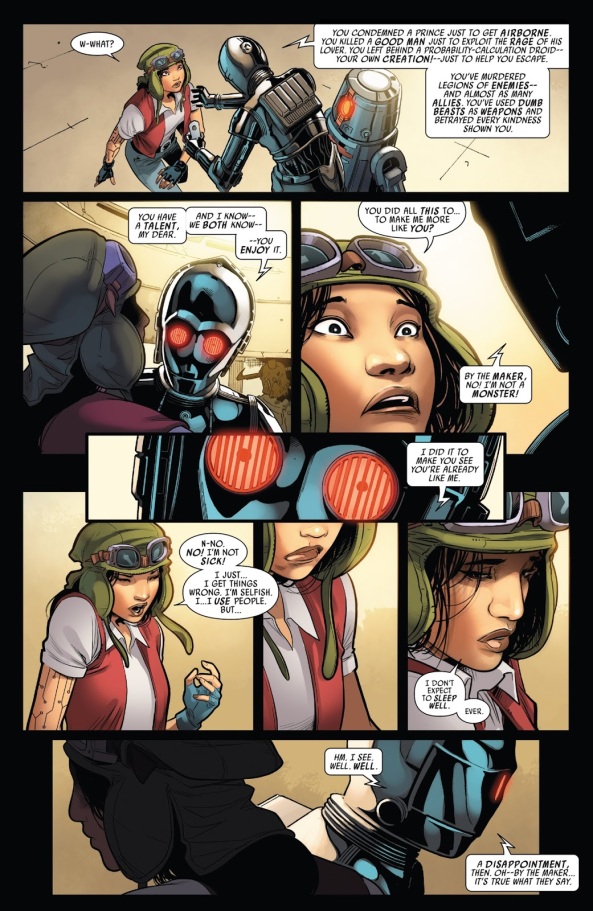 Triple Zero is the evil maniac villain I mentioned earlier, and part of this mission he sent Aphra on was to realize that she was the same. On the one hand, Triple-Zero is the manipulative Hannibal-esque type that likes to play head games with people. On the other hand, Aphra’s actions have led to some wanton death and destruction. Case in point: 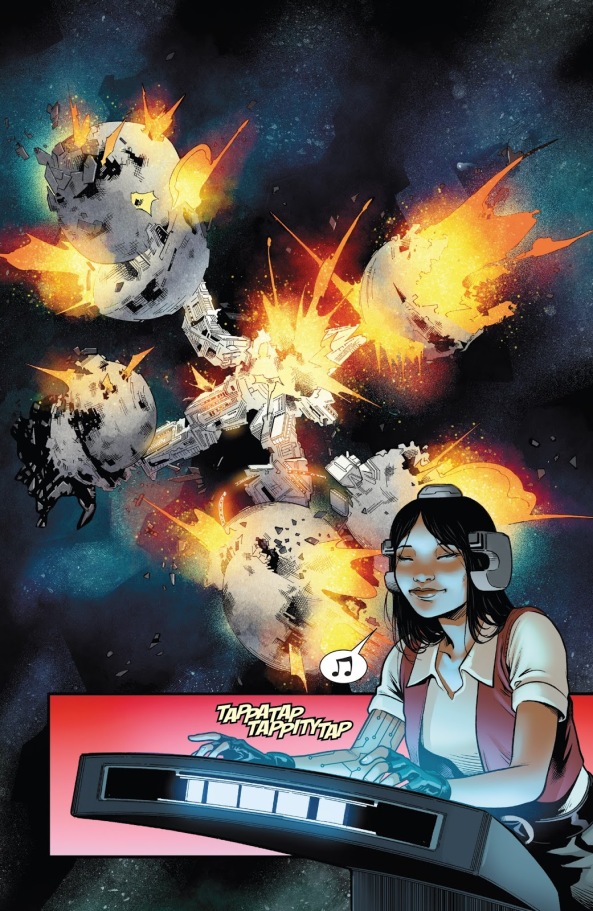 Emilio Laiso plays this mass-explosion of an Imperial station for laughs, with Aphra carelessly whistling as she does it. Nevertheless she is —  and has been — using and destroying anything that stands in the way of her goal. In the previous issue, I commented on how cold and nihilistic Aphra was — it left a bad taste in my mouth. But perhaps that is Kieron Gillen and Simon Spurrier’s intention? After pirating and plundering across the galaxy, Aphra might be finally realizing that she’s no better than Triple-Zero — or even worse: Darth Vader.