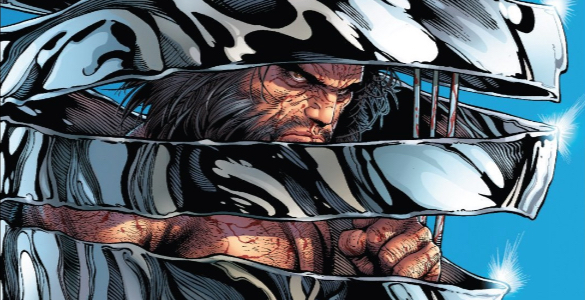 Modern storytelling loves a narrative twist — you could argue that most stories are exclusively centered around them. With that in mind, do we let the success of a twist dictate the overall reception of a story? Hunt for Wolverine 1 may be such an example.

Charles Soule was the man who laid Logan to rest, so it only makes sense that he’s the man to bring him back. The main conflict of the story is a fight between the X-Men and the Reavers, who have been hired by a third party to retrieve Wolverine’s adamantium headstone/body.

The Reavers manage to cut open the adamantium shell only to find that there is no body inside. 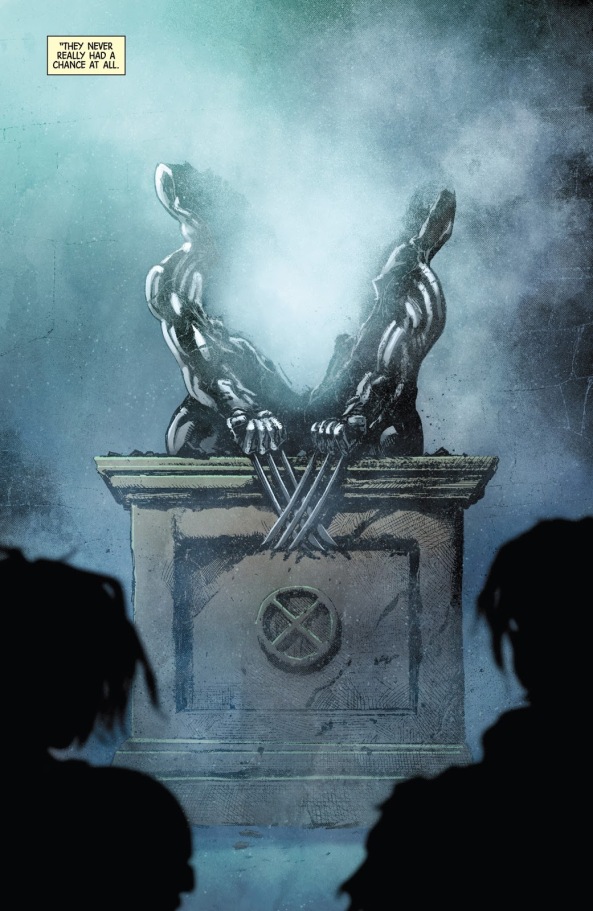 It’s later revealed that Logan’s fellow X-Men didn’t feel right leaving their comrade all alone on display in Canada, so Kitty Pryde phases him out of the shell and they bury him back at the X-mansion.

It makes sense that they wouldn’t want Logan’s body out in the open for anyone to see and tamper with. But why do the X-Men leap into action to defend Logan’s empty statue — let alone the cream of the X-Men crop? I suppose you don’t want anyone trashing your friend’s memorial, but the framing of the whole thing feels like it was based on the reveal that Logan’s body is elsewhere.

Nevertheless, I was happy that Soule and David Marquez placed Kitty at the center of the “Logan excavation.” Likewise, I liked the emphasis placed on how hard it was for Kitty to pull Logan’s body out, making a reference to her most difficult phase from Joss Whedon’s Astonishing X-Men. 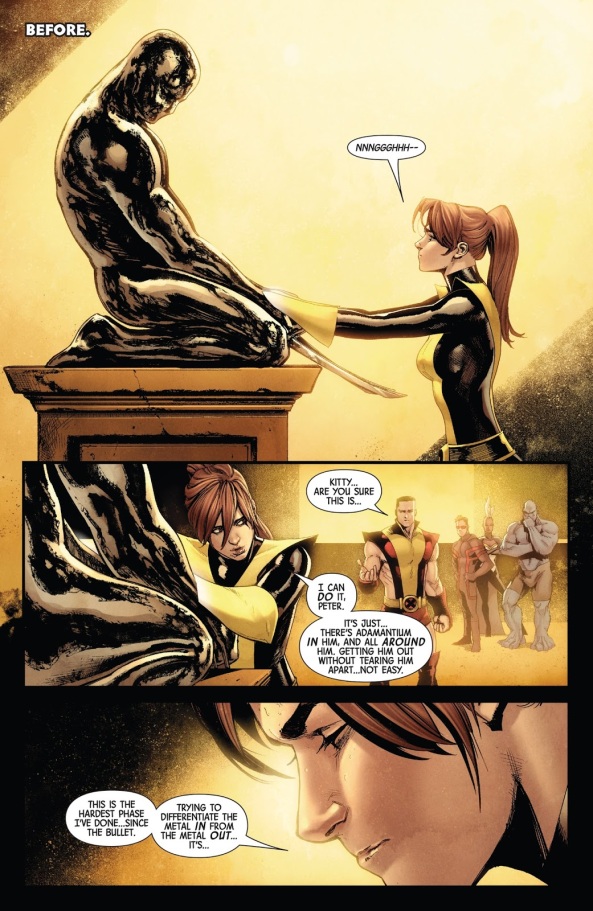 The dynamic between Kitty Pryde and Wolverine is as comics-sacred as Batman and Robin. Depicting her Herculean efforts to lay her friend to rest is the perfect display of her affection for the ‘ol bub.