Hey, can you get Stockholm syndrome for a place? For a set of circumstances? When generalized in this way, Stockholm syndrome seems less like a pathology and more like a testament to human resilience. We can come to love whatever hand life deals us, even when we initially wanted something completely different. Maybe that’s a coping mechanism to keep us from dwelling on what could have been, but it’s potent, either way. Anywhere you look, from crumbling cities to evacuated war zones, you’ll find people who refuse to leave because this is their home. Or, more precisely, this is their life — they can’t just chuck it all away for something they might have preferred a decade ago. It’s not an attitude that makes a whole lot of sense from the outside looking in, but that may be exactly what the remaining survivors in Oblivion are feeling.

There were hints that the survivors in Oblivion may not want to be found in the previous issue, but here, Robert Kirkman and Lorenzo De Felici flesh that out into a broader theory on human resilience. But first, they have to strip resilience down to nothing, which they do via Duncan’s fear that he would have been to far gone had he remained in Oblivion even one year longer.

That is, resilience is only so elastic, and may create a kind of expiration date on the survivors, even if they’re still alive. It’s a complicated concept, the thought that the culture shock/PTSD of returning might be worse than scraping out a hard life in fear of monsters in Oblivion, and is too much for Nathan to really handle. He dismisses Duncan’s point here, but can’t help but follow up with another survivor.

That survivor is Olive, a woman who Nathan rescued from Oblivion years ago. She reluctantly agrees to answer Nathan’s questions in hopes of helping others, but it’s clear bringing up these memories is difficult for her. What’s more, it’s clear she hasn’t really left those memories behind. When two dogs interrupt their conversation with a bark-fight, she can barely hold it together. 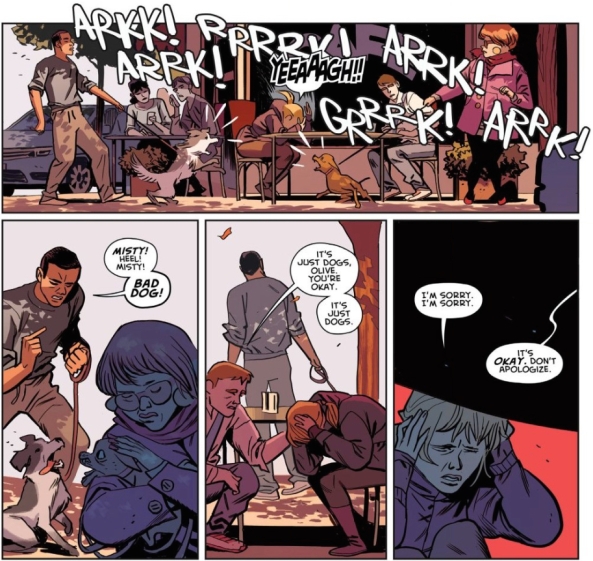 She may be back and safe on Earth, but the psychological scars of her time on Oblivion are lasting, maybe permanent. Even so, she assures Nathan that her life on Earth is far better than on Oblivion, insisting that “my hardest day here is nothing compared to that place.”

But, you know, what if she’s just coping with her new life in the same way the survivors on Oblivion are? What if she’s not considering the possibility of going back because she can’t throw away the life she’s made for herself since she left? That Oblivion is a worse place to live may be obvious enough to Nathan, but to the people who have actually lived through it, it might be like any other life change — perhaps not objectively “good,” but it mostly comes down to what you make of it. Whether that’s just resilience or Stockholm syndrome might just be in the eye of the beholder.