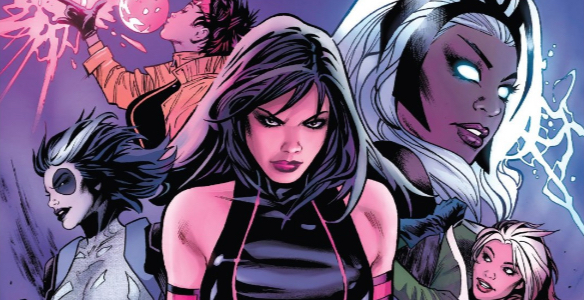 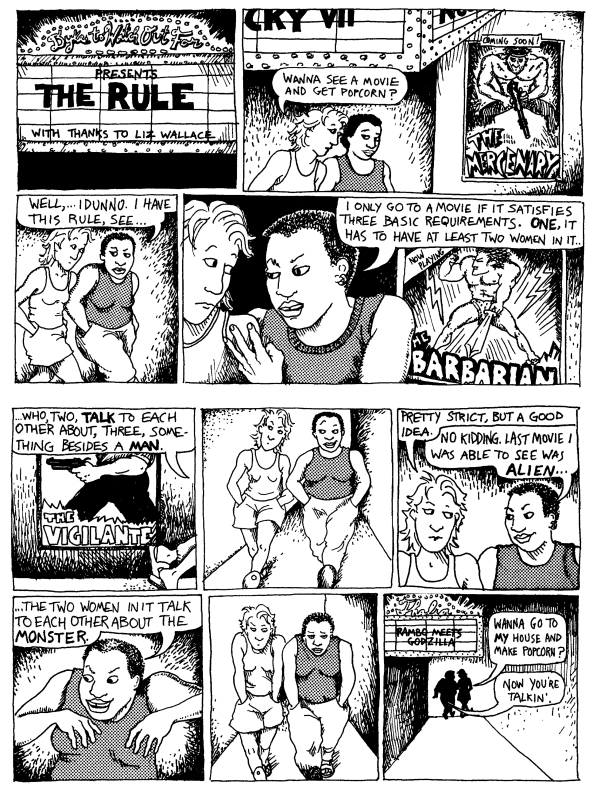 Drew: This particular Dykes to Watch Our For premiered in 1985, and its premise is still ringing in the ears of writers and readers everywhere. Now known as “The Bechdel Test,” these criteria insist on something beyond simple representation (though it’s remarkable how many films fail to satisfy even that first requirement), aiming for a dialogue that features no males (even as subjects of conversation). And that last bit is a huge stumbling block for narratives to this day. Plenty will feature two women and even manage to put them in a scene together, but the conversation will still revolve around the male characters. It’s the kind of problem you might expect to plague any all-female tie-in to the “Hunt for Wolverine” event to suffer from — Logan is necessarily absent, but that fact is likely to be the subject of discussion — but Jim Zub and Thony Silas manage to shift the focus in Mystery in Madripoor 1, pulling the story in totally unexpected directions.

The all-female cast I mentioned is Psylocke, Kitty Pryde, Jubilee, Storm, Rogue, and Domino, a group with powers as diverse as their relationships with Wolverine. Psylocke may seem like an unusual choice as the perspective character, given Wolverine’s stronger relationship with several of these other characters, but her psychic powers lend the issue insight into several of those characters’ memories of Wolverine: 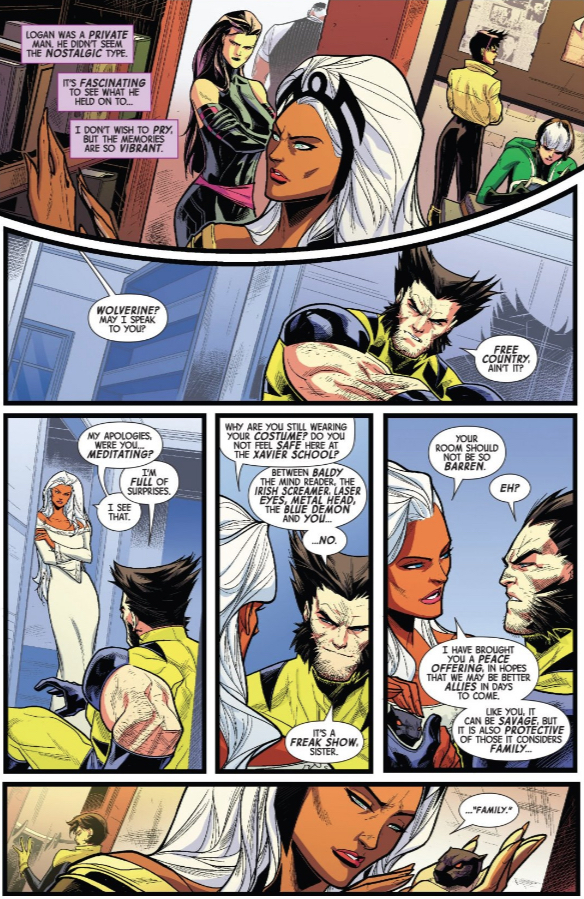 We don’t get through every character in this issue, but Storm and Rogue’s memories (supplementing Psylocke’s own) are plenty for now, offering us a view into moment’s we might not immediately think of as the highlights of Logan’s life. And actually, it’s worth noting just how different those moments are. They’re all undeniably Wolverine-y, but where Psylocke’s memory is educational and Storm’s familial, Rogue’s plays more like a secret history: 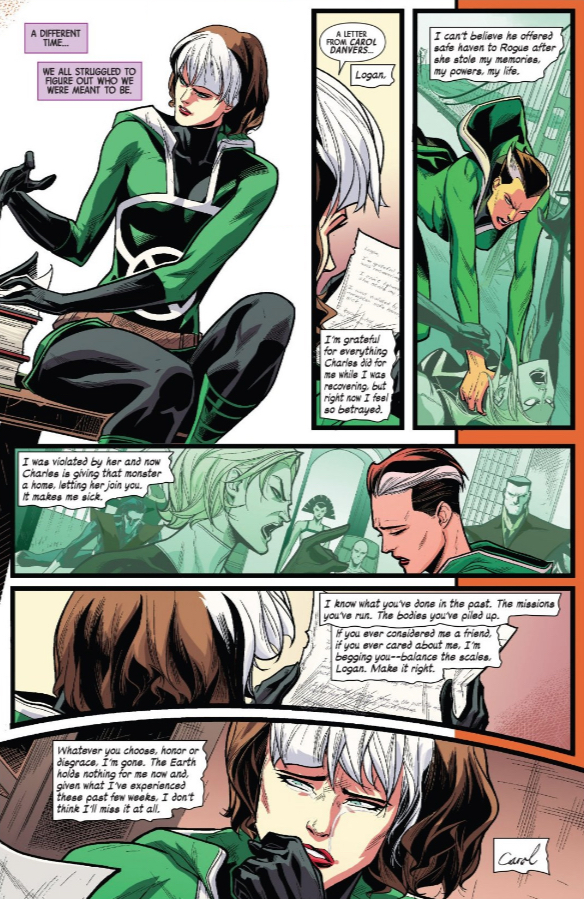 Er, I guess referring to it as “Rogue’s memory” is a bit of a misnomer — this isn’t a memory Rogue has so much as a memento that involved her (though she didn’t know it at the time). Either way, it reveals a great deal about Logan, even though he doesn’t appear, revealing an unknown weight to their earliest interactions.

And actually, “revealing an unknown weight” might just be the major theme of this issue, as the simple task of tracking down Magneto in Madripoor spools out into a much more complicated story. That Logan had a secret life in Madripoor comes as no surprise, but it’s hard at this point to say what the villains of this issue are after — do they have a grudge against Wolverine, or just Magneto? Or heck, maybe they’re specifically targeting some member of the team. All we know is that by the end of the issue, they’ve captured Storm, Rogue, and Psylocke, leaving our heroes scrambling.

More to my initial point, though, all of the villains are also women. This story seemed poised to be a female team asking one man questions about another, but the agenda shifts immediately when that first man is revealed to be a woman in disguise. Our concern shifts from the missing Wolverine to whatever the heck it is that’s going on with these mutants. I don’t presume to know what it is they’re after, but it’s enough for me to be surprised to look forward to the next issue — Zub is toying with our expectations, and the results couldn’t be more thrilling.

Of course, I suppose your mileage will vary depending on how invested you are in this particular mystery. I’m not very close with most of these characters, but I did appreciate the grim sense of duty and focus on tactics that distinguished this team. They may not have exactly anticipated what was going to happen when they went to meet Magneto, but they did the best they could preparing for anything. This is obviously only the first chapter of a larger story, but I’m intrigued enough at the tone of this first issue to stick around.

2 comments on “Shifting the Narrative in Hunt for Wolverine: Mystery in Madripoor 1”