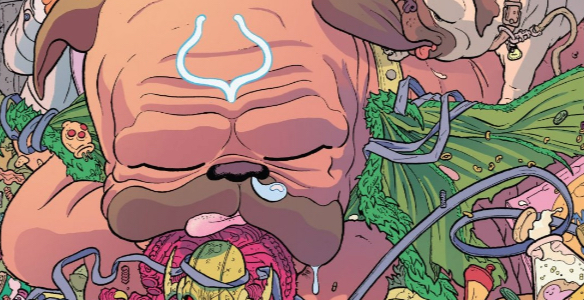 Lockjaw is a pet, Black Bolt’s (and sometimes Ms. Marvel’s) faithful companion, so often a sidekick in their adventures. Daniel Kibblesmith and Carlos Villa’s Lockjaw miniseries has provided a chance for the teleporting canine to step into the spotlight and become the hero of his own story, a fact that takes center stage in the series finale.

Quite frankly, it’s an idea the audience might have needed to be reminded of. While the adventures throughout these four issues have been motivated by Lockjaw’s desire to rescue his missing sibling (and reunite with the rest), those adventures have largely been told through the perspective of Dennis Dunphy, a.k.a. D-Man. It’s a smart choice on Kibblesmith’s part — using Dennis as a viewpoint character allows Lockjaw to remain a bit more aloof, to continue striking that balance between being intelligent but also animal in nature that makes the character so interesting — but it’s also one that has sometimes made Dennis look more like the protagonist of this story. Lockjaw 4 reminds everyone — and the evil Annihilus most of all — that this is still Lockjaw’s story first and foremost. 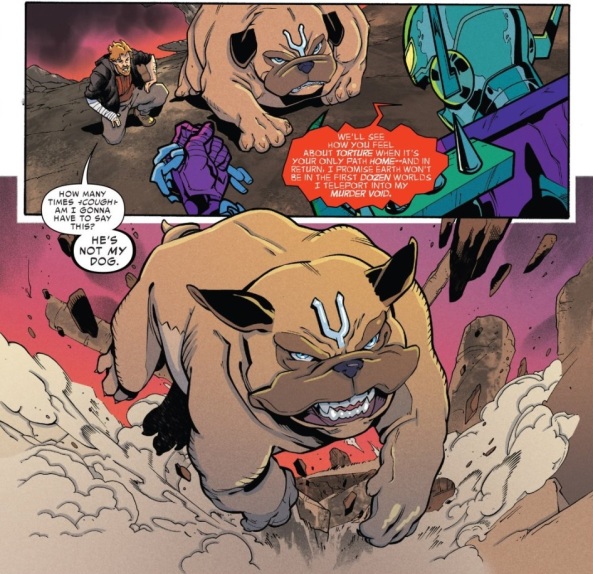 While Kibblesmith continues to use Dennis as Lockjaw’s mouthpiece, this time his announcement is a declaration of Lockjaw’s agency, a reminder that in this story, Lockjaw is not a pet nor a sidekick, but the hero. It isn’t just a move that allows Lockjaw to claim a heroic victory over Annihilus; it’s one that provides some clarity for Dennis as well. Despite transforming into a dragon (long story) to help Lockjaw battle Annihilus, Dennis is still not the hero of this story, and in the end, it’s a relief to him that he doesn’t have to be. 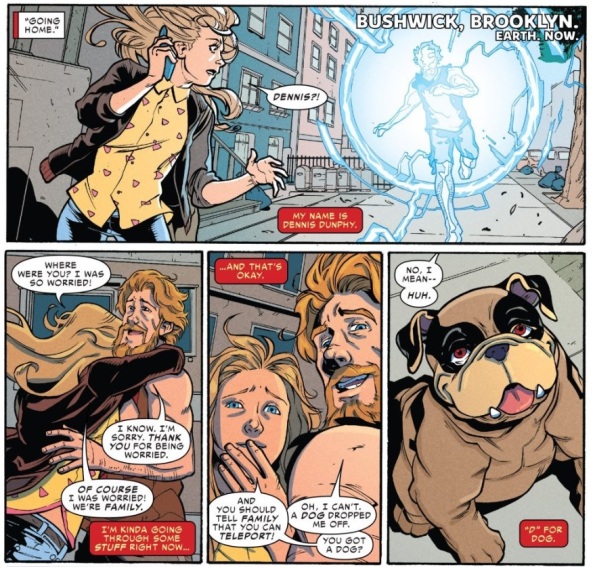 Dennis learns that being a hero and not letting everyone down doesn’t have to be his primary concern, something that brings him anxiety. It’s okay for him to to be going through stuff, and to take the time to sort it out. It’s okay for him to just be there to support others, and in turn, they’ll be there to support him as well — as the arrival of Lockjaw’s final sibling, as a reward for a job well done, proves.

As for Lockjaw, he gets to go home and take a well-deserved nap, content in a job well done. His reward is simply knowing that he’s saved his siblings yet again — and he’ll no doubt be ready to step back up into spotlight as a hero should they ever again need his help.