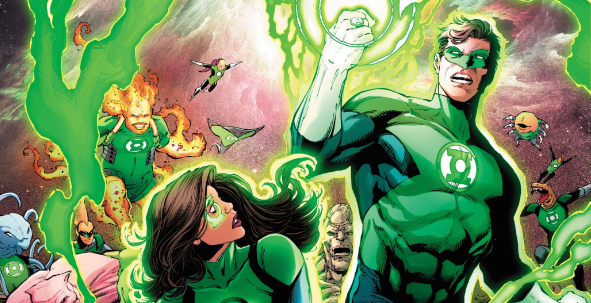 One of my coworkers was really upset about Kanye West a couple weeks ago. No shit, right? Her problem wasn’t that West was tweeting racist things about slavery probably being a choice, or even his support of Trump (who she also loathes), but that the entire would was holding a mentally ill man on a psychotic break accountable for his actions. Her argument goes that someone in West’s condition isn’t being themselves — they are literally being their illness. I began to stammer back with some feeble counterargument, something about the illness being made manifest by that person, so while we can practice compassion, we do still have to hold them accountable. “So you think he… put his own spin on mental illness?” she exhaled back at me. Shit. No. What the hell point was I trying to make? All I can really say is that I want anyone who does something wrong to face consequences, but is a mentally ill person really the one “doing” it? We are bad at talking about, dealing with, and even understanding mental illness. Aaron Gillespie and Ronan Cliquet’s Green Lanterns 48 takes our capacity for compassion and places it squarely against law and order.

Gillespie starts the issue by framing Jessica’s momentary break with reality in terms of alcohol abuse. Jess is a teetotaler, but has heard more than enough stories from her fellow support group members to know what it feels like to wake up in a place you don’t know, head pounding from the inside out, and not remember what you did the night before. It’s a blackout. Of course, Gillespie and Cliquet give Jess one of the more horrific morning-afters you could ever imagine.

Bodies strewn over building wreckage — Jess wakes up in a warzone, presumably of her own making. Cliquet is refreshingly straightforward in his presentation of Jess’ experience, leaning into the clarity that she feels in her lucid state. The reality he expresses is so solid, the reader is never meant to question Jess’ mental state while she is on the run from the GLs.

And actually, Gillespie’s choice for her pursuer speaks volumes about how we view mental illness and second chances. Who’s hot on her tail? Hal fucking Jordan. Jordan’s the poster boy for being corrupted by some external force and ultimately being forgiven. Under the influence of Parallax, Hal almost wiped out the Corps, before killing himself by flying into a star. That’s a mass-murder-suicide. But here he is heroically flying in through windows as an agent of the most powerful peacekeeping force in the universe. 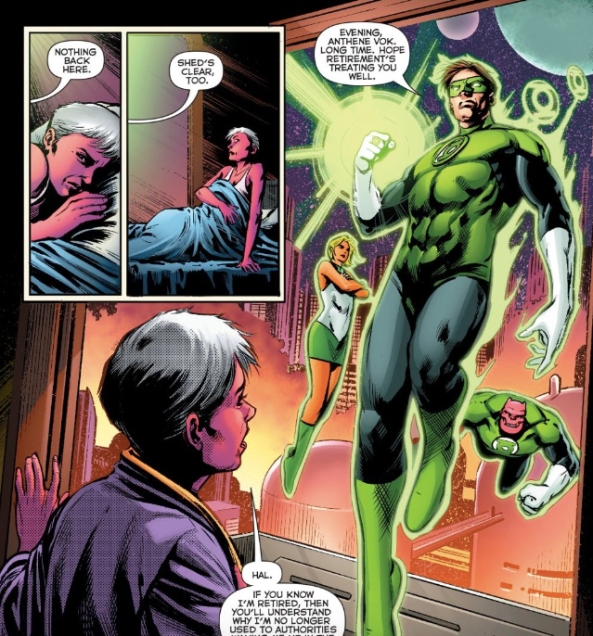 Cliquet always draws Hal either from low angles or in truly heroic poses. The powerful white man is able to be fully redeemed for his monstrous transgressions, but Jessica Cruz is hunted down like a dog.

That’s where we have to start asking our own questions. What does Jessica need here? She seems most in control in the peace and warmth of her friends. So what are we to make of that final-page-appearance of Simon Baz? Is he there as part of the authority that doesn’t understand her or the friend who does?

3 comments on “Compassion vs. Accountability in Green Lanterns 48”