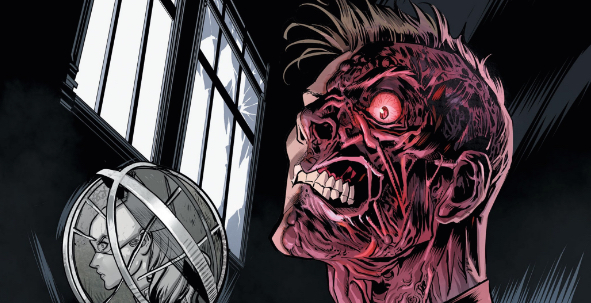 Quick, what distinguishes Batgirl from Batman? The specifics may have changed over time, but one of the key components of her current incarnation is that she’s a bit more street level, tackling cases that impact her local community as opposed to ones that threaten the entire city, country, world, or fabric of reality as we know it. Her relationship to commissioner Gordon is also more fraught, as her closeness with him in civilian life complicates her interactions with him in her costumed life. And then there’s her compassion. Batman can be a bit flexible on this front — in some stories, he goes out of his way to help would-be criminals make smarter choices, in others, he goes out of his way to break as many of their bones as possible — but Batgirl almost invariably leads with empathy. It’s an approach that can occasionally blow up in her face, as it does in issue 24, but never so much that she can’t course-correct.

Actually, this issue hits all of those differences I mentioned. As Shawn Aldridge and Scott Godlewski’s debut on the series, it makes sense that they’d want to demonstrate their grasp of the character, highlighting all of her defining characteristics. And they acquit themselves well in that way — this issue represents an almost seamless transition from the similarly focused run Hope Larson just wrapped up. But it’s the emphasis on Barbara’s compassion that makes this issue so compelling. Or, rather, it’s the emphasis on the risks of her compassion that help define who she is.

Where Batman is too tactically minded to trust someone if there’s even a hint that they might not be trusted, Babs is too empathetic to distrust them if there’s even a chance they might be trusted. She’s the optimist to Batman’s pessimist, but it does come with some obvious risks. And those are exactly what come to bear in what only seems like the resolution of this issue. With Two-Face subdued, Babs attempts to reform the young coder coerced into working for him. They embrace, and Babs puts her guard down. 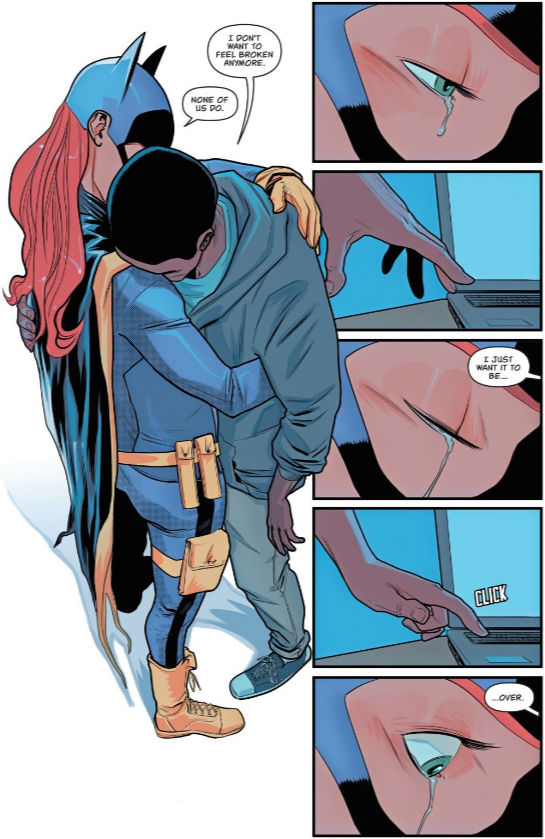 It’s a problem Batman would never have — even in his cuddliest incarnations, I don’t see him pausing for a hug with someone he’s just apprehended — but that also means he’s missing opportunities for reform. And ultimately, this isn’t really a problem. Babs has to think quick for a minute, but her computer skills are more than up to snuff for fixing everything. That is, she’s not really risking anything here, and the gesture of trust has value, even if it’s ultimately misplaced. It was a mistake this time, but it’s a mistake she can afford to make again. That she will is what makes her Batgirl.