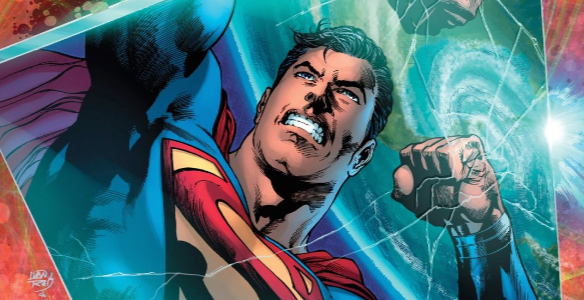 Michael: Brian Michael Bendis continues to prove that he has an excellent handle on the mindset and disposition of The Man of Steel. Superman is a tireless force for good who refuses to see the glass half empty. This steadfast optimism even applies while he’s trapped in the Phantom Zone in Superman 2.

The Earth has mysteriously been sucked into the Phantom Zone and Superman is putting out fires around the world even more than he usually does. This endless heroism is framed against a notion Green Arrow floated his way: “is Superman’s life hell because he can never turn a blind eye/deaf ear to the problems of the entire planet?”

Like Jesus with a cape, Superman believes in the best of humanity — that we will lend a hand to our fellow woman/man when they’re in need. Ivan Reis throws down so many super-poses that make Superman look larger than life — he’s even sitting on “the Planet” at one point! My favorite image of the book is one that simultaneously depicts Superman’s “benevolent godliness” and the absolute chaos that encircles the Earth. 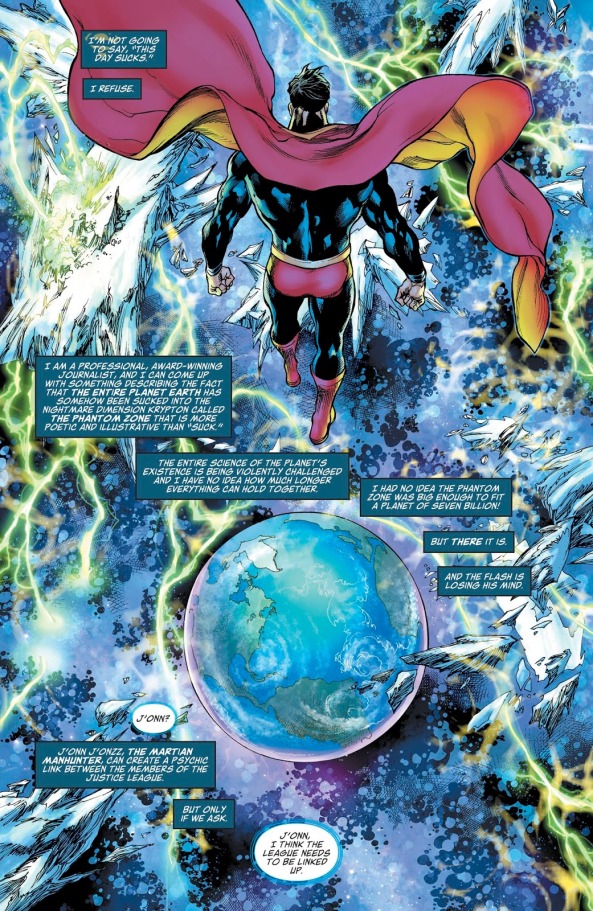 Superman’s optimism keeps him up in the Phantom Zone’s atmosphere while Rogol Zaar is pessimism/nihilism keeps him grounded below. As Superman is refusing to give in to fear, Rogl wallows in it. Being the Krypton-hating zealot he is, he describes the Phantom Zone as “where Krypton threw away their terrible secrets.” To be fair, he’s not wrong.

There is validity to both Rogol’s indictment of the Phantom Zone and Superman’s praise of humanity, but we still don’t have much to go on with our new brutish foe. Bendis and Reis give us a good battle of philosophies in Superman 2 but Rogol is still very much a mystery…and allegedly killing a planet is not doing him many favors.