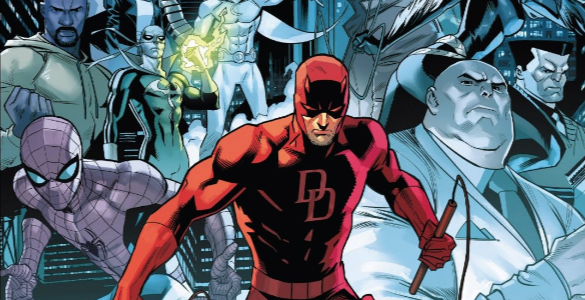 Patrick: Where does power come from? I’ve been seriously grappling with this one since Trump was elected to the White House, but this question obviously extends waaaay beyond that fucking monster. Does power ultimately come from money? From social connections? From one’s willingness to sacrifice their friendships? From violence? From non-violence? As the battle between Wilson Fisk and Daredevil reaches a fever pitch, questions of where either of them gets their power are posed right alongside the question of where Daredevil 600 gets its power. This is a six-hundredth issue, after all — so what makes this one special? END_OF_DOCUMENT_TOKEN_TO_BE_REPLACED