By Patrick Ehlers and Ryan Mogge 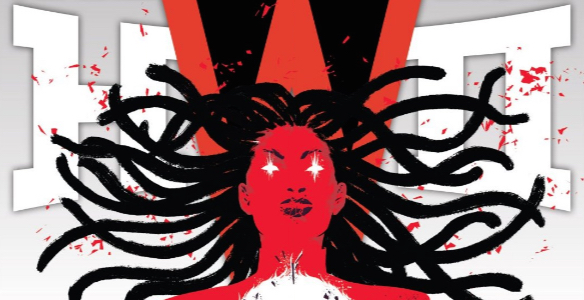 This article contains SPOILERS for both this issue and Avengers Infinity War. If you haven’t read the issue or seen the movie yet, proceed at your own risk!

Patrick: Every big superhero event story needs to kick off with some kind of world-altering, morality-testing incident. A kind of “what did you just do?” moment that our characters will spend the next however-many-issues sorting out. Hell, the climax of Avengers Infinity War happened like 15 pages into the first issue of Jim Starlin’s The Infinity Gauntlet. Where writer Eric Heisserer distinguishes his story is in giving that catastrophic action to our hero, and making damn sure we understand why. END_OF_DOCUMENT_TOKEN_TO_BE_REPLACED

The second button literally makes or breaks the shirt, look at it: it’s too high! It’s in no-man’s-land.

Drew: I spend a lot of time (maybe too much) thinking about form in narratives. Why do plot points happen when they do? How are they foreshadowed? How are they recalled? For all of my time and energy spent focused on these questions, however, I don’t have a lot of answers — theories for sure, but no solid explanations. Like, why arch forms are so pleasing to us. The return is an important part of the Heroes’ journey, but I’ve always been more satisfied with the more character-based return, like the Seinfeld quote above. It appears both in the series’ pilot and finale, and while the characters have entered a very different status quo by the series’ end, there’s something incredibly pleasing about the same turn of phrase returning verbatim. I’d like to suggest that it’s because it reinforces some fundamental truth about the characters — such that the very final scene of the very final episode is just as good of an introduction to the characters as the very first scene of the very first episode. That kind of consistency is incredibly difficult in any serialized medium, where the characters may need to settle in a bit before truly becoming themselves (and may change a great deal over the course of the narrative), but writer Scott Snyder manages a similarly impressive reintroduction here at the midpoint of American Vampire. END_OF_DOCUMENT_TOKEN_TO_BE_REPLACED