Today, Patrick and Drew are discussing Legends of the Dark Knight I: The Butler Did It, originally released digitally on April 7th, 2012.

Patrick: We blather on about the traditional forms and functions of comic books on this website like we know what we’re talking about. We do it all the time – even though most of our editors have been actively reading monthlies for less than a year. You could call that precocious if we weren’t also grown-ass men and women with educations and jobs. In the DC Universe specifically, but also in comics generally, we are always playing catch-up, assuming that our keen powers of perception and articulation can help us bullshit our way through an article on a subject we actually know very little about. Superhero comics have become so much a part of my life now that the only way to properly express it is to use the phrase “down the rabbit hole.” I suppose “through the looking glass” would also be appropriate – but that’s my point: my experience exploring comics has been like that of Alice exploring Wonderland. Every time I think I know what to expect, a new issue or series or event comes along to dissolve that illusion. Legends of the Dark Knight, the digital-only adventures of a young Batman, has done just that by defying my very base expectations of a modern comic book.  END_OF_DOCUMENT_TOKEN_TO_BE_REPLACED 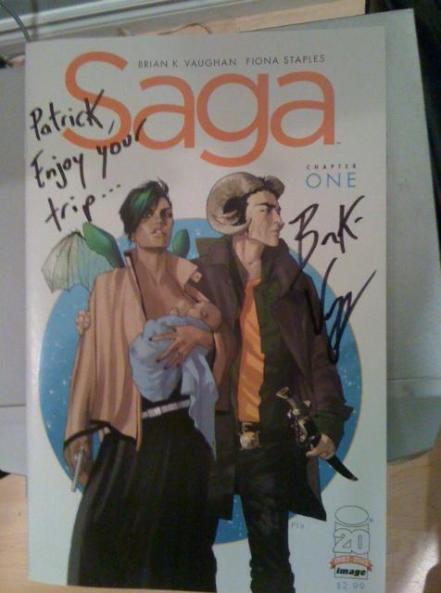 Patrick: This is a little bit outside of our normal format, but I had awesome “I love living in LA” and “I love reading comic books” moments tonight, and I thought it’d be nice to share. END_OF_DOCUMENT_TOKEN_TO_BE_REPLACED