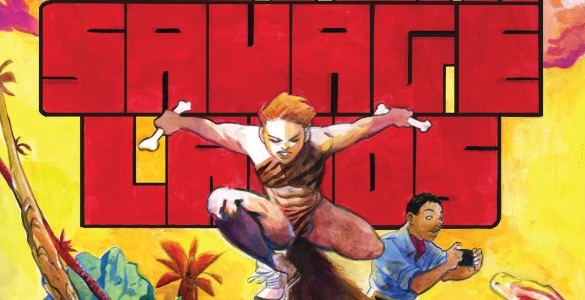 When you need to get a group of characters to a strange location in order for a story to begin, the first act can be a slog. A savvy reader knows that all is not likely what it seems. Therefore, when a character gets a letter from an uncle they never met or when our heroes win a vague contest which offers a trip to a mysterious place as a prize, it can feel like a stall before the real story begins. Ryan North and Erica Henderson are able to avoid those pitfalls in The Unbeatable Squirrel Girl 22 by capitalizing on humanity’s love for dinosaurs.

Doreen and Nancy’s time in the Savage Lands paint the picture of a dream dino vacation. They run with the Gallimimuses, ride a tram through a diverse group of majestic creatures and even ride Rubeosauruses. Plus, Nancy gets a cute Latverian crush! On the final page of the issue, North reveals that the contest was not just about giving away a fantasy trip, but about collecting the best programmers at the Savage Lands in order to save it. The turn is not quite a surprise, but it makes the fun of the preceding issue even more precious since the story has become more complicated.

North and Henderson make the most of the time in the Savage Lands, offering both genuine awe for Nancy and Doreen as well as doses of trademark humor and punnery. What I found even more impressive is a sequence that didn’t have the inherent engagement of rubbing shoulders with extinct creatures. A full page is devoted to Doreen and Nancy’s uneventful travel. 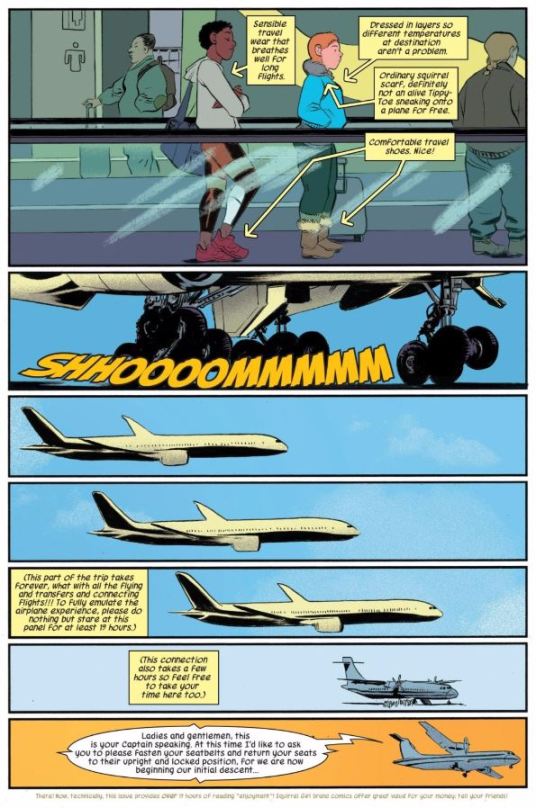 The layout of the panels is visually interesting, with the depiction of Doreen and Nancy easily broken into two boxes by the people mover. While nothing happens on this page, it still evokes the sense of an endless trip: the preparation for a long haul, the hours of slow progress and then, things finally ending with that last cabin announcement. The top panel also offers great travel fashion tips, so I am completely on board. That pun was intentional and I have no shame. Sometimes the journey is its own reward.