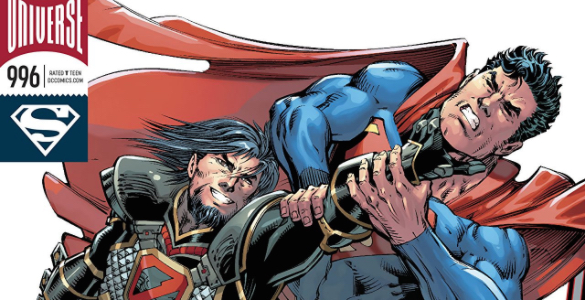 Action Comics 996 has me thinking about our expectations and interactions with an individual comic book issue. As readers, we are operating in a dimension above the characters on the comic book page. We are omniscient in that we know what Lois and Superman are up to in their separate times and spaces. Unlike Superman, we know that Zod’s son lies in wait for our hero because of Dan Jurgens’s cover for the issue. Since Lor-Zod’s appearance is a foregone conclusion, does that “spoil” the story at all? Does it diminish the final page reveal? 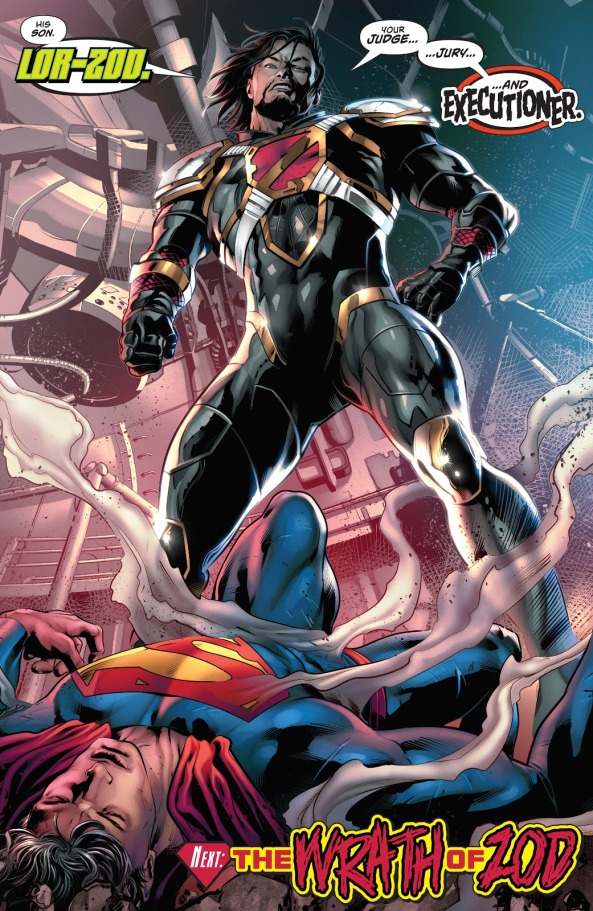 Superman and Booster Gold have been time tripping all over the place: from an altered Zod-controlled Krytpon past to a Zod-controlled New Krypton future. New Krypton is not Earth but it’s under a yellow sun so it stands to reason that it may be a new neighboring planet. Supes relishes in the fact that he has his powers, so he can cut loose on the Eradicator Androids. 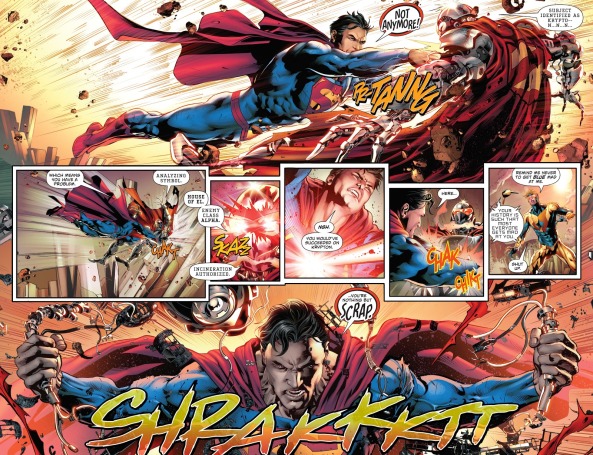 In the midst of all this, Skeets alludes to a future “Earth/Krypton War” — perhaps a revised/better version of the New Krypton arc?

Then we come to the inevitable conclusion: the reveal of General Zod’s now adult son Lor-Zod. I suppose I’m not surprised/angry that this reveal was put on the cover because that’s what comic books do: they sell you with a tease of what’s inside. More to the point I feel like this last page reveal is less effective and redundant because of it.

But as I said, we as readers aren’t surprised but Superman — who has not seen the cover — is. I might be putting too much stock into “the final page reveal.” After all, these issues are merely episodes in a larger story. Not every last page needs to be the ultimate last page. Nevertheless I couldn’t help feeling underwhelmed by the whole thing.