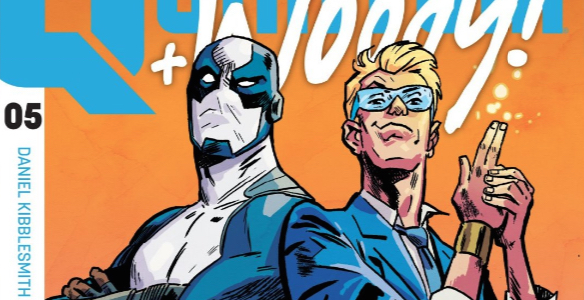 Superhero comics are full of Chaotic Good characters — conscientious free spirits that believe in doing good, but by their own standards. From Batman to Wolverine to the Teenage Mutant Ninja Turtles, Chaotic Good characters fight for their morals, though not necessarily for the law. Neither Quantum nor Woody would fit this category — Quantum is good, but too lawful, while Woody is chaotic, but too morally passive. Together, though, their actions end up taking on a Chaotic Good, picking up Woody’s chaotic nature and Quantum’s desire to do good. Writer Daniel Kibblesmith and artist Kano attempt something similar with Quantum and Woody 5, delivering an issue that is both chaotic and good. END_OF_DOCUMENT_TOKEN_TO_BE_REPLACED 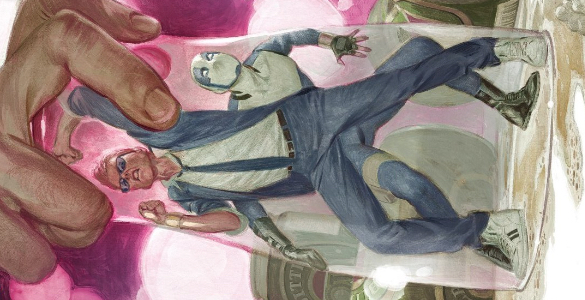 We live in a world torn between postmodernism and romanticism. We’re just as likely to encounter arguments based on The Death of the Author as we are those based in auteur theory. That we have different critical lenses at our disposal may not seem all that remarkable, but I’d argue that these two aesthetics have completely different opinions on what art is and how we consume it. Does art facilitate some kind of transfer of ideas between the creator and the audience, or is it simply a mirror that audiences use to reflect themselves? As mutually exclusive as those options appear, Quantum and Woody 4 seems to exist in a space between, riffing on classic tropes and even explicit references while still crafting a character all its own. END_OF_DOCUMENT_TOKEN_TO_BE_REPLACED