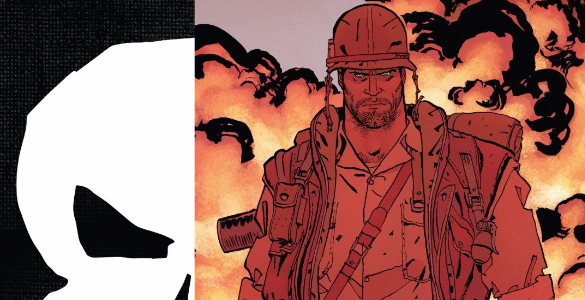 Garth Ennis and Goran Parlov return to Vietnam to reveal another layer of complexity of one of our nation’s first questionable international conflicts. The in-story journalist Archie Goodwin explains that — unsurprisingly — there were two sides to the story when it comes to The Vietnam War. In earlier Punisher works, Ennis focused solely on Frank Castle and the United States armed forces. In Punisher: The Platoon he presents us with sniper Ly, who is one of our windows  for the Vietnamese side of things.

With the hindsight of the present day, Goodwin/Ennis give some context for the Vietnamese from Senior Colonel Letrong Giap. Giap provides an explanation for his people’s motivations in the most American terms possible. 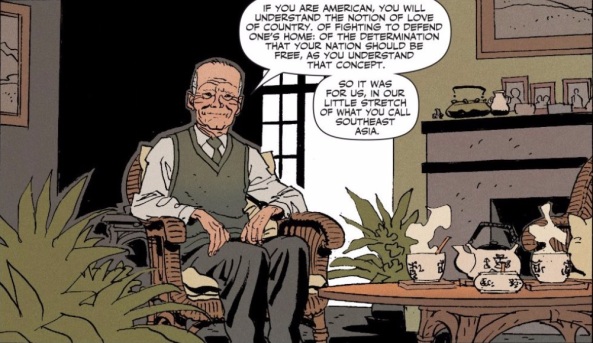 I’d like to think that even the reddest of red-blooded Americans could relate to that kind of patriotism.

In Punisher: The Platoon 2 the US troops don’t yet know their enemy or their commanding officer. Many of them question this quiet upstart soldier who called in an airstrike on his first goddamn day of duty. Of course, anyone who meets Frank Castle learns exactly who he is and what he can do. 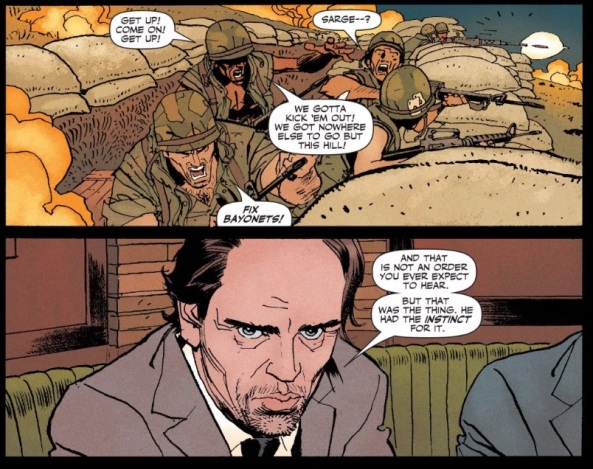 Castle’s platoon is dumbfounded when he orders them to have their bayonets at the ready. That’s when they see the real Frank Castle: animalistic and wild, yet protective of his brothers in arms. One of the veterans recalls that battle and the way they “let the devil in the door.” Its widely speculated that the closing of Ennis’ Punisher: Born, Castle makes a deal with the devil to slay overwhelming enemy forces. In Punisher: The Platoon 2 we see that the devil might be in all of of Frank’s platoon.

One comment on “Devils and Dualities in Punisher: The Platoon 2”